In the fire restoration industry today, very little attention is given to the toxicity of volatile organic compounds (VOC’s), heavy metals, or the composition of particulate matter and smoke residues. Tens of thousands of toxic chemicals, gases, acids, and hazardous substances are created in structure fire settings. Most concerns regarding toxic or hazardous substances are focused primarily on two federally regulated materials: asbestos and lead.

When newer homes or buildings suffer fire damage, testing for any kind of hazardous substance is typically deemed unnecessary. Occasionally, testing will be conducted for the presence of soot, char, or ash in structures near wildfire areas. However, it is almost unheard of for this type of testing to be performed to identify the composition of the combustion byproducts to determine whether any hazardous substances are present.

Post-structure fire and wildfire settings, especially those where plastics, synthetic materials, electronics, or PVC have burned, extremely hazardous and carcinogenic chemicals are created that are typically overlooked altogether.  One chemical in particular, dioxin, some consider to be one of the most toxic chemicals known to man. [1,2]

Not only is this substance extremely toxic to all life, and far more lethal than asbestos or lead, it is also known to the World Health Organization as a member of the so-called “Dirty Dozen” - a group of dangerous chemicals also referred to as persistent organic pollutants (POPs). [3,4] 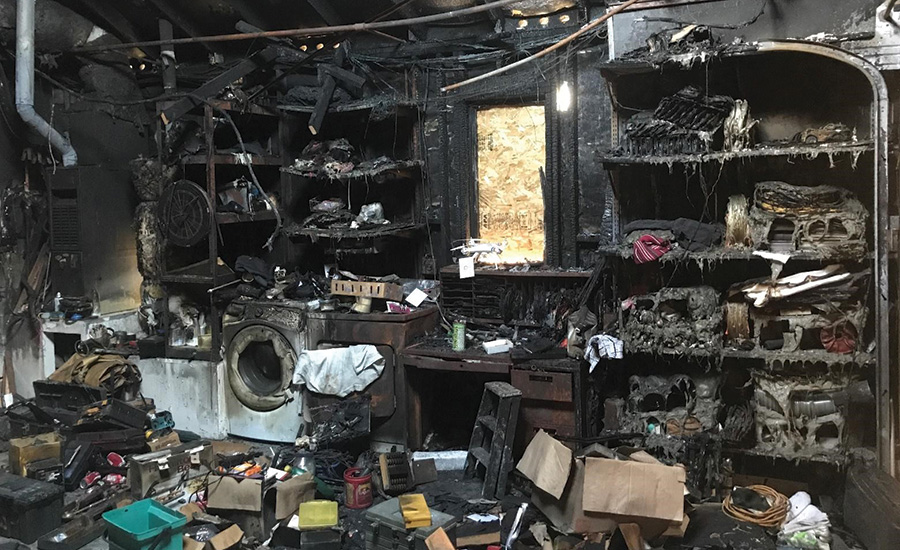 POPs are chemicals of global concern due to their potential for long-range transport, persistence in the environment and atmosphere, ability to bioaccumulate in ecosystems, as well as their significant negative effects on human health and the environment. Bioaccumulation is the accumulation of chemicals in organisms from the surrounding environment through skin absorption, ingestion, and inhalation.

The most commonly encountered POPs are organochlorine pesticides, industrial chemicals, and polychlorinated biphenyls (PCBs), as well as unintentional byproducts of many industrial processes, especially chlorinated dibenzo-p-dioxins (CDDs) and dibenzofurans. [5,6]

CDD’s are highly toxic compounds that are created during combustion processes, especially structure fires where PVC, plastics, paper and other chlorinated materials burn. The most toxic form of CDD is 2,3,7,8-tetrachlorodibenzo-p-dioxin (TCDD), better known as “Dioxin”. 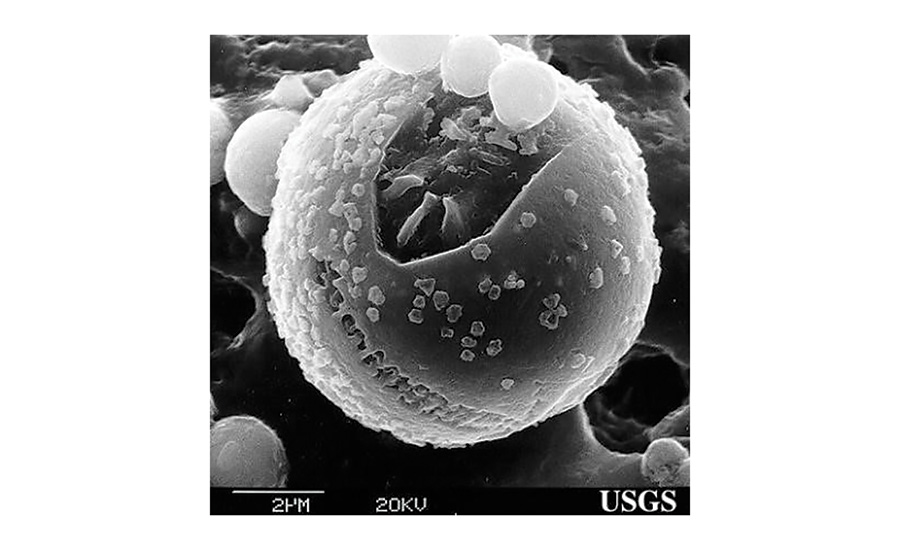 What are dioxins and how are they created?

Dioxins belong to a family of chemicals with related properties and toxicity. There are 75 different dioxins, or polychlorinated dibenzodioxins (PCDDs) and certain dioxin-like polychlorinated biphenyls (PCBs) with similar toxic properties are also included under the term “Dioxins”. [8,9,10]

Dioxins are formed when products containing carbon and chlorine burn, especially plastic, paper, pesticides, herbicides or other products where chlorine is used in the manufacturing process. Dioxins do not typically exist in materials before they are burned and are especially prevalent in structure fires and wildfires.[11]

Depending on the temperature in a fire, dioxins can be adsorbed or chemically bound to smoke particles or remain in a vapor phase. Adsorption is when particles bond with one another, similar to how a magnet bonds with iron, rather than being absorbed like a sponge absorbs liquids. 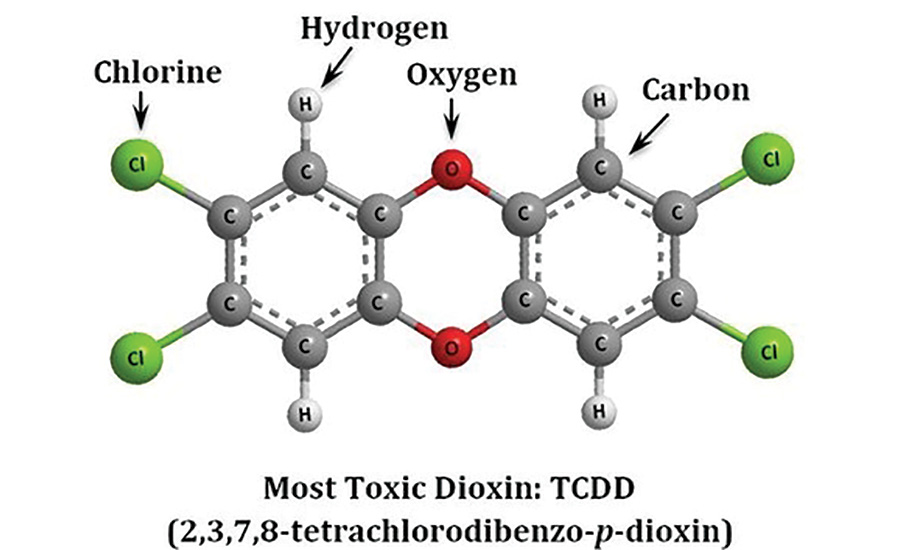 This is an image of adsorption where the small white particles have adsorbed to a larger carbon particle.

According to the Environmental Protection Agency (EPA), the largest quantified source of dioxin emissions is the uncontrolled burning of household trash, referred to as “backyard” or “barrel burning”. Studies have shown that very small amounts of chlorinated materials can support dioxin formation when burning waste. [12,13]

Backyard burning of waste materials creates higher levels of dioxins than industrial incinerators. This is the result of lower heat temperatures and incomplete combustion.

TCDD can enter your body if you inhale contaminated particulate, have skin or eye contact with contaminated soot, ash, or other materials, or eat contaminated food. [15,16]  Due to the fact that ultra-fine smoke particulate matter generated in fires is often less than 3 microns in size (half the size of a red blood cell), inhalation of dioxin-laden particulate can easily bypass the lungs and enter the bloodstream. [17]

In structure fire settings, especially those that generate lower temperatures and a lot of smoke, there is a phenomenon often seen that is a good indication that PVC, plastics, or other synthetic materials have burned. These are commonly known as “smoke webs”. Although they look a lot like spider webs, they are actually groupings of sticky smoke particles that become ionized, which attracts them to one another and to certain surfaces. Usually these form at the corners of ceilings where smoke tends to rise and cool. Smoke webs are products of incomplete combustion and can contain a wide variety of toxic compounds, including TCDD. 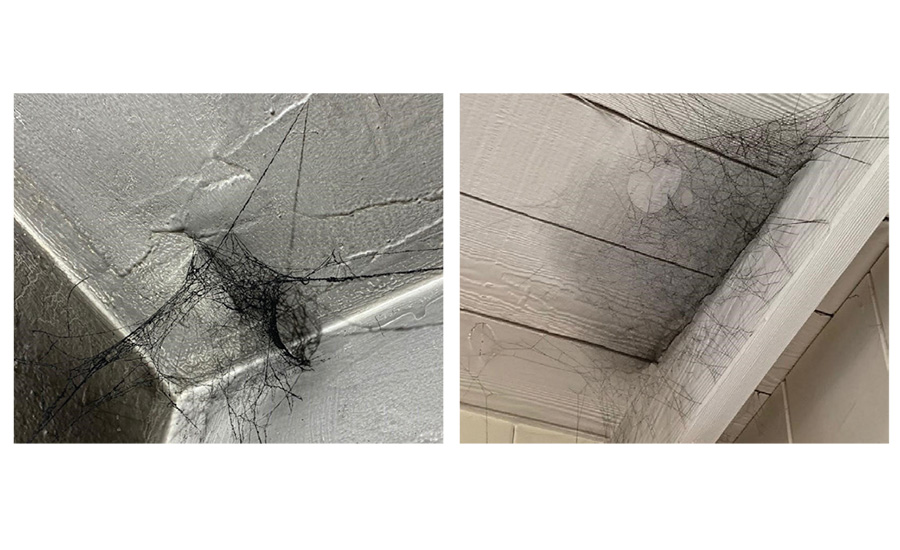 In wildfire or structure fire settings, the sheer volume of building materials, chemicals, pesticides, cleansers, automotive components, electronics, appliances, and household items manufactured with chlorinated products such as PVC, create immense amounts of TCDD. Myriads of other toxic substances are also created in structure fire settings that are too numerous to list.  Unfortunately, few people realize the health risks of exposure to soot, ash, or particulate matter, and disregard the need to wear even the most basic personal protective equipment.

Many adverse health effects have been well documented in scientific literature regarding TCDD. “TCDD is considered the most toxic man-made substance and the fifth most toxic naturally occurring compound known to man. 2,3,7,8-TCDD is a potent toxicant in animals and has the potential to produce a wide spectrum of toxic effects in humans (EPA 1997c)” [18,19.20,21,22]

Here are some startling facts about TCDD:

1) Scientists say the toxicity of TCDD is exceeded only by radioactive waste. [23]  Short-term exposure to high levels of dioxins may result in skin lesions, such as chloracne, similar to that shown on the child’s face here. This child was exposed to TCDD following an explosion at a chemical plant in Seveso, Italy in 1976. Chloracne causes patchy darkening of the skin and altered liver function. Long-term exposure is linked to a vast array of diseases and ailments, including impairment of the immune system, the developing nervous system, the endocrine system, and reproductive functions. 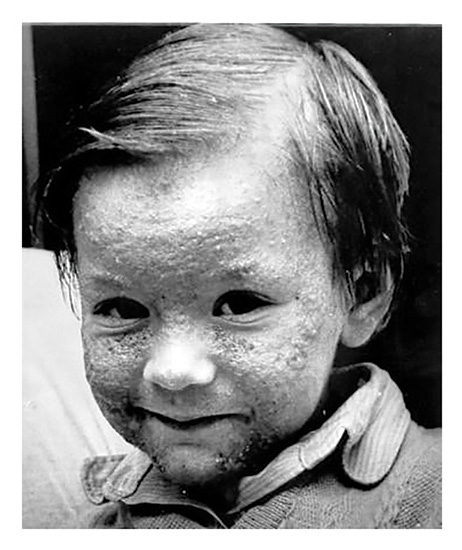 Diseases which have been linked to dioxin seem endless. Ingesting dioxin can also result in congenital malformations, spontaneous miscarriages, and a fatal, slow wasting syndrome similar to AIDS. Dioxin is strongly suspected of contributing to pathology of the urinary and hematological systems, growths in the colon, gallbladder complications, multiple myeloma, and lung, larynx and prostate cancer.

According to researcher Joe Thornton, “Dioxin’s health effects include endocrine disruption, reproductive impairment, infertility, birth defects, impaired neurological development, damage to the kidneys, and metabolic dysfunction. There is no evidence that there is a safe level of dioxin exposure below which none of these effects will occur.” [25]

2) TCDD is an endocrine-disrupting chemical that can threaten the development of newborns. The endocrine system is a series of glands that produce and secrete hormones that the body uses for a wide range of functions, including respiration, metabolism, sensory perception, sexual development, and growth. [26,27]

"Long-term exposure is linked to a vast array of diseases and ailments, including impairment of the immune system, the developing nervous system, the endocrine system, and reproductive functions."

3) The U.S. National Toxicology Program, the International Agency for Research on Cancer, and the EPA have determined that TCDD is a proven human carcinogen. [28,29,30,31]   In July 2009, the U.S. Institute of Medicine published a report that showed evidence of an association between exposure to TCDD and soft-tissue sarcoma, non-Hodgkin’s lymphoma, chronic lymphocytic leukemia, Hodgkin’s disease, prostate cancer, multiple myeloma, as well as cancers of the larynx, lungs, bronchi, and trachea. [32]

4) TCDD is on the Special Health Hazard Substance List because it is a teratogen. [33]  A teratogen is any agent that causes an abnormality following fetal exposure during pregnancy. Pregnant women and their developing infants are extremely vulnerable to the effects of TCDD.

5) TCDD is genotoxic and a known mutagen. [34]  A mutagen is a physical or chemical agent that causes a mutation, which is a change in the DNA of a cell. DNA changes caused by mutagens may harm cells and cause certain diseases, such as cancer. [35]  TCDD alters the genetic structure of living cells. The effect TCDD has on cell structures and genes can be passed down to future generations. In 2012, a scientific study found that dioxin affects not only the health of an exposed rat, but also unexposed descendants through a mechanism of epigenetic transgenerational inheritance. Michael Skinner, Ph.D., a professor in the Center for Reproductive Biology at Washington State University, discovered that “exposure to dioxin caused changes in the DNA methylation patterns of sperm that were transmitted across generations to affect the health of multiple generations of descendants. The grandchildren of exposed rats showed dioxin-induced effects ranging from polycystic ovarian disease to kidney disease. Due to its extremely long half-life, dioxin may still affect pregnancies occurring even 20 years after exposure.” [36,37,38,39,40] 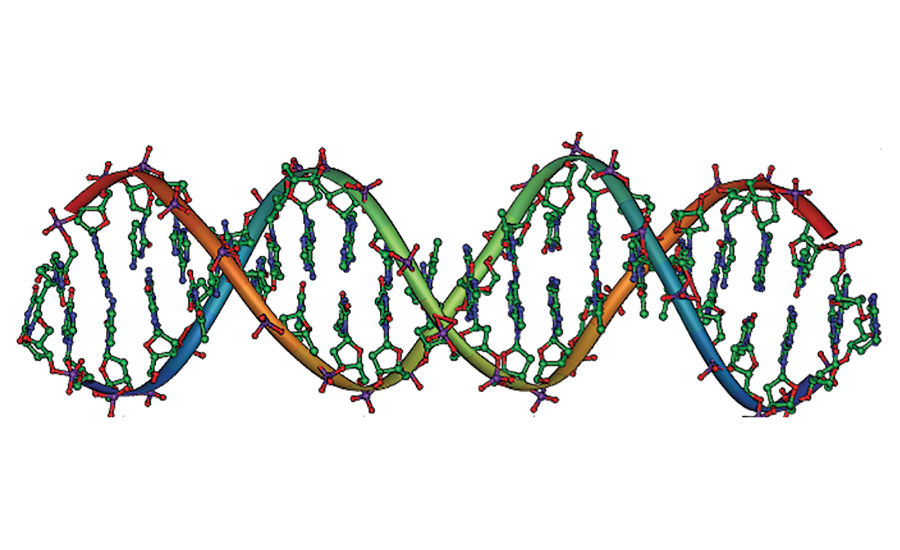 When dioxin binds to an intracellular protein known as the aryl hydrocarbon receptor (AHR), the AHR can alter the expression, or function, of certain genes. The resulting cellular imbalance leads to a disruption in normal cell function and adverse health effects. [41]  The genetic effects of TCDD may skip a generation and reappear in third or subsequent generations. [42]

8)  TCDD is a highly immunosuppressive chemical that induces potent suppression of immune responses in laboratory animals.[46,47,48]

9)  TCDD is neurotoxic. [49] Neurotoxicity is a form of toxicity in which a biological, chemical, or physical agent has an adverse effect on the central and/or peripheral nervous system.  This may include limb weakness or numbness, loss of memory, vision, and/or intellect, uncontrollable obsessive or compulsive behaviors, delusions, headache, cognitive problems, and sexual dysfunction. [50]

"Post-structure fire and wildfire settings, especially those where plastics, synthetic materials, electronics, or PVC have burned, extremely hazardous and carcinogenic chemicals are created that are typically overlooked altogether. One chemical in particular, dioxin, some consider to be one of the most toxic chemicals known to man."

10) The International Joint Commission, comprised of the United States and Canadian governments, has publicly stated that zero exposure to dioxin is the only safe level. There is no permissible exposure limit set by the National Institute for Occupational Safety and Health (NIOSH) [51,52]

13) In 1999, the Agency for Toxic Substances and Disease Registry (ATSDR) set a minimal risk level for dioxins and related compounds of 1.0 picogram (1 trillionth of a gram) toxicity equivalence (TEQ) per kilogram of body weight per day. [60]

15) No antidote for dioxin toxicity is known. Symptomatic and supportive care is the only known therapy. [62,63]

For a full list of sources from this article, email Mr. Scott at info@championconstructioninc.com

Briana is the co-author and editor for Heritage Publishing & Communications. She has been instrumental in providing and interpreting information regarding the ecological effects of disasters. Briana also adds invaluable knowledge and understanding of scientific processes and her research has been instrumental in raising awareness of a wide range of post-disaster health and environmental hazards.