When should you report a claim to your insurance company? Every claims adjuster will tell you “report all possible claims to us as soon as you can.” However, following their advice will usually turn out badly for a restoration firm. If every time a customer says they are unhappy about something at the job site, and your response is “that’s why I have insurance, take it up with my insurance company,” it is really easy to run up a claims frequency problem.

A little known fact in the insurance business is that a series of small claims made on a policy can make a firm uninsurable due to claims frequency, even when the dollar amounts are small in total. In contrast, a single large claim measured in the hundreds of thousands of dollars may be glossed over in the insurance underwriting process.

With the insurance requirements driven by insurance company master service agreements and direct repair networks in the mix, the liability insurance needs of disaster restoration companies are unique. There are only six insurance companies that do a decent job insuring that type of company. All others sell policies with one or more fatal coverage flaws. A couple of years ago, we found a policy sold to a restoration firm with 18 potentially fatal coverage flaws. Considering there are only six good sources of liability insurance for a restoration firm, maintaining access to all of them is a really good idea.

Just to put six insurance companies into perspective, there are over 1,000 insurance companies writing liability insurance on businesses in the United States. The best way to eliminate access to all six of the providers of viable liability insurance is to run up a record of having a lot of claims. How many claims can be too many? Reporting three claims in one year will get every underwriters attention. Even if all the claims are resolved with no payment, it’s the reporting of claims that causes potential problems. They will stay on your record for three to five years.

Not reporting claims is bad too. Insurance companies can deny a loss if a claim is reported late and the ability of the insurance company to defend the claim is impaired by the late reporting. Failing to report a claim under a Claim Made coverage basis policy, which is common form of Contractors Pollution and Professional liability insurance, can render the coverage in these policies useless. With this background, restoration business owners walk a fine line in deciding what to report as a “claim” under their liability insurance policies and what to handle on their own as a cost of doing business. It is more likely that a restoration firm will go out of business if it is uninsurable than if it does not have enough insurance to pay for a loss. This is because there are so few insurance companies willing to insure anyone in the fire and water restoration business.

In the past few months I have had an unusual number of distressed owners come to ARMR looking for help in finding liability insurance on their firms. I have had to deal with more of these situations in the past few months than in the past four years combined. The good news is no one went out of business, but there were some really close calls. In each case, the claims records showed a troublesome pattern of claims frequency, resulting in the incumbent underwriter refusing to renew the account at any amount of premium. In all of these cases, we were down to one insurance company willing to take on the firm as a customer. I suspect the owners had no idea how close they came to being forced to sell their firm to an insured competitor.

In each distressed company case, the root cause of the insurance problem was a series of reported claims related to things the contractor, in some cases, could have resolved on their own. In each case, the distressed contractor was working on the advice of their insurance agent to do what the insurance claims departments advised, report every claim immediately.

Claims departments want to know about claims early so they can help arrive at a settlement. Late reporting of claims can eliminate insurance coverage; therefore, fast reporting of all potential claims is not bad advice. 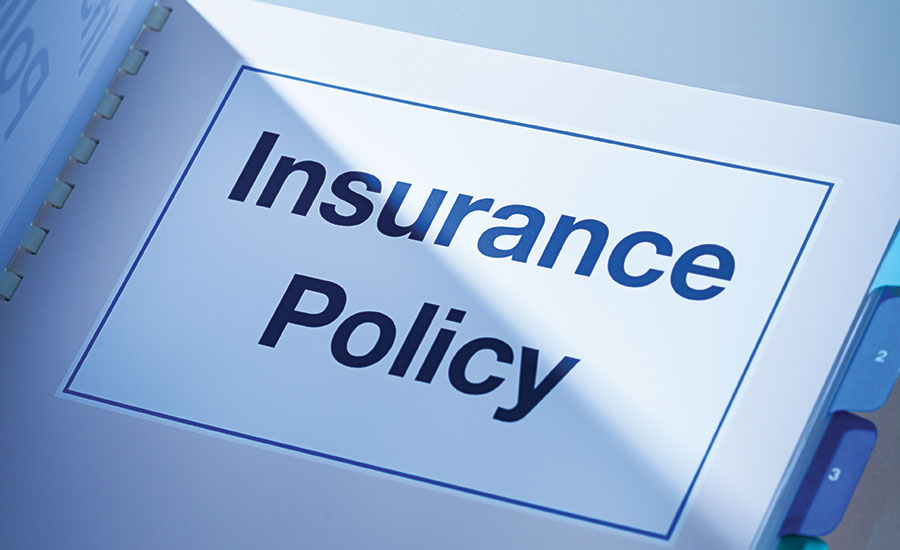 When to Report a Claim

Part of the answer rests in the simple question of: what is a claim in the first place? The term insurance claim usually resonates in a good way with most restoration and remediation contractors, because insurance claims are a great source of work for their firm and revenue into their business. However, there comes a time when word “claim” strikes a more ominous chord, and that’s when you have a claim being made involving your own business. On a liability insurance policy, a claim is a demand that you pay someone for the damages you have caused them. Usually for you to be responsible to pay those damages, you need to have acted in a negligent fashion.

So let’s go back to the basics. Insurance exists to indemnify, or make whole again, an entity that has suffered a loss. It is designed for large losses, or catastrophic losses, not for every little cost here and there. Take, for example, homeowner’s insurance policy. As a homeowner, you don’t file a claim for every little thing that breaks or goes wrong in your home. If a lightbulb burns out or a doorknob breaks, you aren’t submitting that as a claim to your insurance company, waiting for them to process it, send someone out to fix it, and so on and so forth. You simply take care of it yourself as the homeowner. However, if you need a new roof from hail damage or you have a kitchen fire, that’s a different story. Those are significant losses and it’s those bigger losses that you report, because the costs to repair the damage and put things back to the way they were are much higher and you probably don’t have that money lying around.

The same concept applies to your restoration company. Every little issue or complaint doesn’t need to be reported to your insurance company. If someone doesn’t like the color paint you used on their walls or how you installed their baseboards, you don’t call up your insurance agent to file a claim on your General Liability (GL) policy; you take care of it yourself. Your insurance coverage is there for the big losses; the things that would otherwise cripple even the most successful firm.

Now, you’re probably asking why does all of this matter? I pay my premium, so my insurance company should pay for any covered loss that I report to them, big or small. And you’re right; the insurance company will do that, as long as the policy insures the loss event (another topic for another article). However, it’s important to realize that frequency in claims will make even the best restoration firm look uninsurable to insurance companies. Underwriters, the people who review your application and price your insurance, see a firm with multiple reported claims as high-risk. They imagine that eventually one of those little claims is going to be a big claim. Underwriters will avoid firms with claim frequency even if the total amount from claims paid is small relative to the overall premium collected. For example, if a firm paid $20,000 in insurance premiums over the last two years and had five claims totaling $5,000 over those same two years, an underwriter may still decline to provide them coverage. This may seem a bit absurd seeing as the loss ratio on the account is 25% ($5,000 / $20,000 = .25) and there is an underwriting profit for the insurance company; however, in this type of situation, it is not uncommon for an underwriter pass on writing the account.

With that in mind, it is not a good idea to think of your GL insurance as a customer satisfaction piggybank. There are only six insurance companies known to write insurance on restoration firms that do not have huge structural gaps in the liability policies they sell to restoration contractors. Appearing uninsurable to any one of these six almost guarantees that the other five will not offer coverage either, leaving a restoration firm at the mercy of a fringe player insurance company who may be willing to provide insurance, but offers glitchy coverage for restoration contractors. Or a firm could be simply uninsurable across the marketplace and be unable to obtain insurance at all.

What does this all boil down to? Insurance is important, you need it to run your business as well as protect it. Without it, you will be unable to get a majority of jobs and leave your company open to loss that could bankrupt it.

In the August issue of R&R, we will continue with discussion by starting with a list of situations in which claims should always be reported.

David Dybdahl is the president and founder of American Risk Management Resources Network LLC (ARMR). He is an insurance broker, professional insurance educator and expert witness on insurance matters involving billions in litigated damages in multiple federal courts. For 18 years he has served on various IICRC Consensus Drafting Committees. In March of 2020 he played a key role in producing the Restoration Industry Association's and IICRC COVID-19 Report to create a legally defensible disinfecting protocol for coronavirus virus in buildings. ARMR is the #1 seller of insurance to cleaning and restoration firms in the U.S. The customized insurance policies ARMR designs are sold through local insurance agents and brokers in all 50 states. David can be reached at dybdahl@armr.net and his cell is (608) 513-6101. He welcomes questions and inquiries.