CAT Claims: What Happens When You Choose to Join the Circus

In the first article of this three article series, I suggested eight ideas for you to consider as to whether or not you were going to an out of town CAT. The eight suggestions were:

So you decided to go to the Texas Coast after much discussion! You had been told that if you came down you would have all of the work you wanted and or could handle. You would figure out where you were going to stay when you got there. You drove straight through, anxious to get there and anxious to get started.

So let’s review the original plan; we would arrive, meet a couple of people who had promised us work and then find a place to stay. So after not finding a hotel and only able to reach the adjuster’s voice mail that had promised you work, you decided to spend the night in your vehicles.

Several issues surface the next day:

You tried a lot of different sources to get some work. You had been able to find a place to stay, but it wasn’t close and it wasn’t cheap. As the Texas storm was approaching, the locals started booking up their local hotels thus reducing the available rooms in the area.

When work started to become available, there was not enough to meet your company’s sales needs that you projected to make it worth the trip. Without having a legal contract for the area you were working in, it became more difficult to sign jobs and get paid for the work in a timely manner. You started thinking about cutting your losses and heading home. About that time a hurricane was projected to hit Florida and cause significant damage, so you felt that you could get closer to home, have better opportunities and be better prepared to operate your company in a more profitable way. You felt that this additional business might help make up for the difference of work you didn’t do in Texas (is this sounding familiar to anyone yet??). 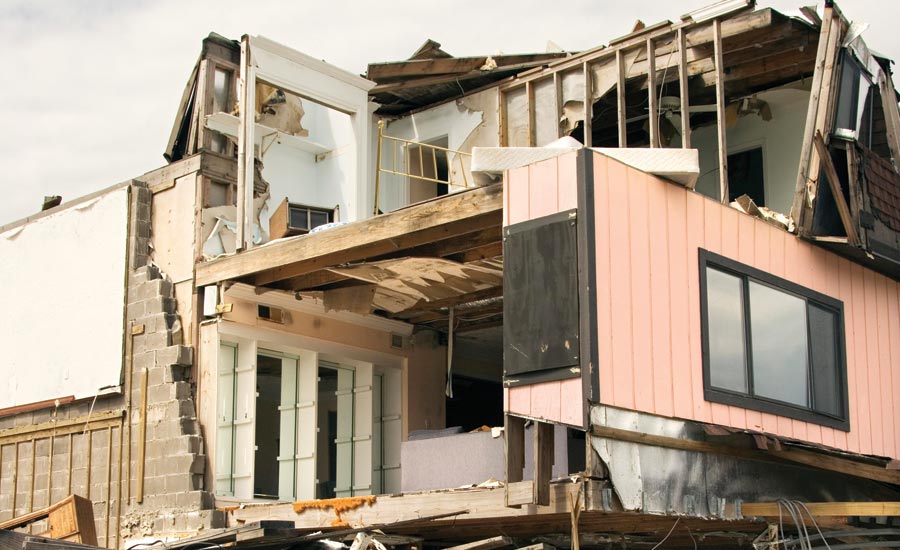 When the jobs in Texas were wrapped up, you headed for Florida. By that time, the winds and rain had begun to increase and move north into Florida. Driving through the hurricane weather gave you a lot of windshield time to consider the hurricane’s risk to yourself, the time away from all of your families and the business back home. As you began to look for work in Florida, it became apparent very quickly that Florida was a very different place to conduct your business than where you had just been.

You were not licensed by the state of Florida to do certain types of work without a state license. This further complicated things in that you were not going to be able to do full service. There was also an additional ongoing issue between contractors and insurance companies as to Assignment of Benefits regarding Policy Holder Policies. Florida is extremely aggressive regarding taking action against unlicensed contractors, to the point of arresting those who are unlicensed and trying to do work in their state.

After several weeks of working in Florida, it was decided that it was time to end your storm efforts in and return to your homes, families and our primary business.

Wishing you good business and good profit achievements! See you next month in the third series of this article.