Women in Restoration 2017: Winner and Runners Up

A Note from the Editor 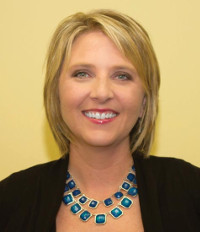 Shelli’s tenure in the restoration and construction industries has come in waves. From about 2000 to 2008, she co-owned a restoration and construction company, but it was taken out by the housing market crash. In the meantime, she worked other jobs – including sales – before meeting Thomas Maguire, the owner of PuroClean Restoration Rescuers, at a networking group she had joined while on the hunt of referral sources. One year after their first meeting, he asked Shelli to consider doing sales and marketing for his company. The rest is history.

“Shelli began as our only sales rep and she doubled sales in her first two years, earning us the Hot Shot Award for fastest-growing franchise,” Maguire said. Soon, she was handpicked to start the franchise’s repair division, where she sold, wrote, and ran more than 100 repair jobs and sourced, vetted, and oversaw more than 30 subcontractors.

Today, Shelli is PuroClean Restoration Rescuers’ Director of Operations. She is responsible for overseeing all the jobs, start-to-finish, of the $1.6 million company. Her success is credited largely to her ability to run large losses and excel at program work. Shelli also sees opportunities when they come her way, and doesn’t let fear get in the way. Early on, she also learned communication is key, and difficult conversations sometimes just cannot be put off or avoided.

“Sometimes, life doesn’t afford us the opportunity to learn about things before we are faced with them,” she said. “I have often been thrust into situations where I had to adapt, adjust, and improvise.”

Shelli recalled an early morning call in 2015 about a large commercial building fire. When she arrived with a project manager, employees of the company that worked out of the building and the building owner were standing in the sweltering summer heat, watching their property be consumed by black smoke.

“Company employees were being turned away as they pulled in the parking lot and given no answers to what their work situation would be like,” she explained. “In those early and raw moments, I managed to build trust with the company CFO and chief legal counsel, as well as the owner of the building. I sold a job that scared me to death … I barely knew where to start.”

That established trust turned into a $3.9 million mitigation job that put hundreds of people to work. The company was back to partial functionality in a few days, and increased their production by the week until the job was done.

The best leaders are often those who help elevate others. Maguire calls Shelli a “CE Teacher Extraordinaire.”

“In the last three years, Shelli has organized, taught, and led 152 CE classes for more than 150 insurance professionals in South Carolina, totaling more than 350 credit hours,” he explained.

Also worth a moment in the spotlight is Shelli’s labor-saving program. She calls it the “potential bonus pool.” When she developed the program, the company’s labor rates were in the high teens. Now, that hovers between 11 and 13 percent thanks to a program that inspires peer-to-peer accountability, and rewards top performance with sizeable bonuses. In addition, Shelli recognized a training deficiency and lack of job performance across the crew and established a new qualification system to help them learn systems, industry standards, job safety, and other critical knowledge. Employees are also given a clear path for promotion and pay raises by focusing their efforts on earning seats in eight IICRC training classes.

On a topic that has the restoration industry so divided, Shelli believes program work exists for two reasons: to protect the insurance company and standardize response. She believes the key to succeeding with program work is persistence, communication, and negotiation.

“Don’t just roll over and die,” she said. “Why complain about something when you can view it as an opportunity for growth?”

She sees this topic as a major hurdle for the restoration industry in coming years.

“In 10 years, I want to know that I’ve made a mark in this world. I want to have the feeling that I have made better the lives of those around me,” she said. “I want to have lived and worked with honor for God, family, and those who have helped me become who I am.”

“Be quietly confident,” she began. “The best way to shine is to excel beyond what is expected of you. Don’t let setbacks and failures cause you to quit as I have wanted to do many times.  Allow those things to be the lessons you require to go further and do better. Do not allow yourself to be disrespected because of your gender, but be okay with people not comprehending your greatness. It’s okay to move on to the next thing and leave them behind.”

Jessika was a runner-up in last year’s Recognizing Women in Restoration campaign as well! This year, her nomination was accompanied by eight amazing letters of recommendation from industry peers and students. 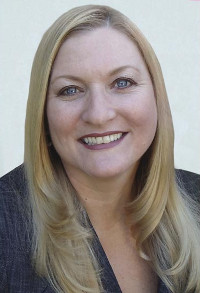 She has spent her entire life in the cleaning and restoration industries, thanks to helping out with her family’s construction and restoration business. As young as 10 years old, she was helping set up drying equipment, complete packouts, and handle filing in the office. For nearly two decades, she and her brother ran their own carpet cleaning and restoration business while Jessika branched out and opened a specialty business focusing on packouts and soft contents restoration. Through that company, she has worked with well-known companies like the San Francisco Ballet, Stetson Hat Co., and the Nevada State Museum.

Jessika has won a variety of awards including the prestigious IICRC “Instructor of the Year for North America.” She and is currently the Chair of the UFT and CCMT committees and is serving a three-year term on the Board of Directors of the IICRC.

“Jessika is an extremely intelligent, wise, creative, honest, thoughtful, dilligent, self-sacrificing teacher who is dedicated to enriching the lives of others through her work in the cleaning and restoration industry,” said one of her students who sent in a letter of support for Jessika’s entry.

IICRC Director Jeff Bishop calls Jessika a rising star in the field of industry educational programs, and says she continues to be a positive influence on overall industry progress.

“Jessika was instrumental in creating a program for beta testing exams, which substantially improved the quality of IICRC programs in multiple areas,” Bishop said. “She continues to be an effective and passionate instructor in multiple certification programs, which has positively impacted the lives and income of multiple technicians, as well as their ability to support their companies and families.”

Many other industry colleagues also sang Jessika’s praises for always wearing a smile, helping others in the industry succeed, and sharing her vast knowledge with strength and grace.

Jessika’s Advice to FellowWomen  in Restoration

Three simple words... “Go for it!” Our industry is still growing, and there is tremendous potential for women to help the cleaning, restoration, and remediation industry move forward into a bigger and brighter future! I look forward to seeing more and more women as professional cleaners, restorers, and inspectors.

I consider being named the second runner-up in the 2016 R&R Recognizing Women in the Industry campaign one of my biggest achievements! My family went berserk when the announcement was made and my mother made me order extra hard-copies of the magazine so she could send it to the family! We had a big family party and my father was so proud! Another accomplishment that I am particularly proud of: I am currently the only woman (but by no means not the first!) serving on the Board of Directors of the IICRC. This is an elected position, and I appreciate that my peers recognized and respected me well enough to trust me to serve the industry as a Director. I am passionate about our industry, and am delighted that I have a chance to give back to an industry that has given me so much satisfaction and personal accomplishment.

She and her husband also owned a ServiceMaster Clean and ServiceMaster Restore franchise, holding licenses for janitorial, residential, and construction services. This company was among the top 100 revenue-producing franchises, employing 78 people with multiple locations in three states.

“Glee has made significant contributions to ServiceMaster and the restoration industry throughout her 25 years of service. She is a visionary, a relationship-builder, and a hands-on leader who inspire others to grow,” said Alison Bishop, ServiceMaster’s communication manager. “She is equally adept at helping new owners navigate the launch of their business.” 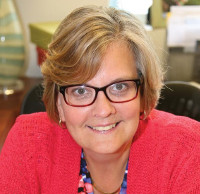 “Glee has outstanding leadership, communication, and team building skills. She is a strategic visionary and a change agent through consensus building and focusing on results. She has strong fiscal management and franchise expertise. She has high credibility among the franchisees and corporate clients, as well as a keen ability to see things through the eyes of both the franchise and the franchisor,” Bishop explained in Glee’s nomination for this year’s award. “Glee believes strongly in collaborative leadership and is skilled at selecting the right people, placing them in the right roles, and motivating them to work together toward a common goal. Glee also has the ability to make the tough calls, not only the easy ones.”

Glee’s Advice to FellowWomen  in Restoration

My #1 piece of advice is to be the best most authentic self you can be, love your work and have fun with those you get to work with along the way. Seek out mentors, people that you respect and can learn from, not only about your industry but how to live a full life.

I can honestly say what attracted me to this industry nearly 27 years ago is what has kept me here…it is the people. I have found the people I have been honored  to work alongside are compassionate, intelligent, gregarious and do their best to restore peace of mind to home and business owners alike who have experienced one of life’s most disruptive experiences; damage to their home or business through natural disasters, etc. It is a privilege to be invited into a person’s home and restore it to its pre-loss condition.

People are what attracted me to this industry in the first place and developing them is what kept me here. I say this because I have been fortunate enough to hire a number of individuals that probably didn’t see themselves in the industry anymore than I did at first and yet have celebrated five, 10, 15 and even 20 years with ServiceMaster.

Women in Restoration 2017: A Note from the Editor