This website requires certain cookies to work and uses other cookies to help you have the best experience. By visiting this website, certain cookies have already been set, which you may delete and block. By closing this message or continuing to use our site, you agree to the use of cookies. Visit our updated privacy and cookie policy to learn more.
Home » ATI Promotes Three, Hires Four New Executives as Part of Growth Plan
Restoration and Remediation Industry News

In an effort to increase market share and surpass the company’s 5-year strategic plan, American Technologies, Inc. (ATI) has both promoted from within and brought in fresh talent at this pivotal moment in the organization’s 30-year tenure.  “The aggressive plan, designed to further propel our company’s growth, requires top-tier talent and I’m proud of the powerful team that we have assembled,” says Gary Moore, Founder & CEO of ATI. 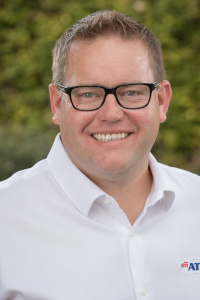 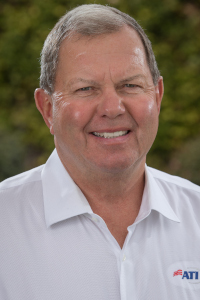 After earning his degree from Southern Methodist University, Moore began his career at ATI in 1994 as a restoration technician, working his way through the ranks of every division of the company, both in the field and at the corporate level.  He served as Executive Vice President from 2012- 2019 and today serves as Co-President with his brother, Ryan Moore.  At the helm of the company, he is responsible for the day-to-day operations with a focus on Sales and Marketing.  With his love of children, having four of his own, Moore serves as a board member for Ronald McDonald House Charities.  He reports to his father, Gary Moore, CEO. 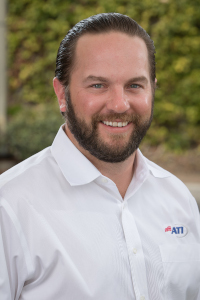 Working in the mailroom of his father’s small startup business from the age of 12, Moore officially joined ATI after earning his degree from Arizona State University.  His ambition and industry expertise quickly elevated him from entry-level positions to leadership roles.  He was appointed Co-President, working alongside his brother, Jeff Moore.  In addition to the company’s day to day responsibilities, Moore oversees ATI’s western zone, Human Resources, Recruitment and Training, developing a corporate culture of ATI Cares, quickly making it one of Orange County’s most desirable workplaces. Moore reports to his father, Gary Moore, CEO. 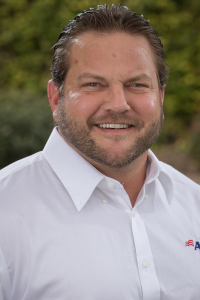 Although he experienced many facets of the family business, Moore knew at an early age that his interests and strengths were geared toward operations.  As EVP of Operations & EHS, his responsibilities include ensuring standardization and quality control among all 20 ATI locations by developing and enforcing the company’s standard operating procedures. He handles large loss restoration projects and leads the company’s Catastrophe (CAT) division. Moore reports to Kelly Kambs, COO. 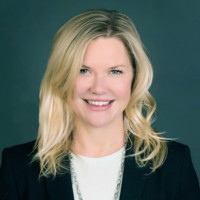 Kambs brings over 20 years of leadership roles across the services and building supply industries including Johns Manville, USG, PPG, Masco and, most recently served as President of Terminix. With a proven track record of establishing process improvements and new market growth, she will be responsible for driving accountability across the organization and building a unified infrastructure that aligns to standardized policies and procedures. A new position to the organization, Kambs reports to Gary Moore, CEO.

Specializing in brand marketing, digital marketing and e-commerce, Webb has driven innovative marketing programs that have led to record growth in the architectural coatings industry including Behr Paint and KILZ Primer. He has been charged with planning and executing ATI’s overall business strategy; identifying the customer, determining potential growth for various business units, developing and executing strategies for growth.  A new position to the organization, Webb reports to Jeff Moore, Co-President.

Coming from industry giant, J.S. Held, as an expert in large loss insurance restoration, Wassall has conducted cost analysis and ongoing reviews of commercial, industrial and residential construction projects across the country, including major disasters.  In his new role with ATI, he will be responsible for building a national team of consultants to increase market share and standardizing operations for efficiency.  A new position to the organization, Wassall reports to Jeff Moore, Co-President.

Prior to joining ATI, he was the Director of Corporate Training & Development with The Word & Brown Companies.  He is tasked to develop, launch and sustain a fully integrated corporate learning center, ATI University.  A new position to the organization, Cobb reports to Ryan Moore, Co-President.

ATI Hires Terry Hunt as VP of Sales and Marketing