Restorer's Perspective: From Being a Hero to Creating Heroes

I’ve always been drawn to roles where I could be the hero. I grew up on comic books, superhero movies, and sci fi TV series. This heroic recognition addiction is what drove me to join the Airborne Infantry, specifically the history-rich 82nd Airborne Division. It’s also what ultimately kept me fully engaged in the restoration industry after stumbling upon it nearly a decade ago. In every role I’ve filled I’ve wanted to be known as the guy who was at the top of his game. I always wanted to be the one on the team who could manage the most revenue, get the highest customer survey ratings, complete the project the fastest, etc. There is something invigorating about knowing that I played a key role in making someone’s experience or current circumstances better or that I somehow saved the day. In many ways this was how I knew I was valuable to the companies I worked for and if I’m totally honest, in many ways it’s where I found my identity.

Though the awards, accolades, and recognition will always feel good, there is a point where your true value to your team comes in the form of moving away from being the hero to becoming someone who creates heroes. Though I’ve always had a drive to find A+ players for our team, it wasn’t until I started the process of building a strategic leadership team that I finally understood. By changing my focus from myself to the equipping and empowering of other leaders, I not only experienced immense amounts of personal fulfillment but I also ensured the future success of our organization.

Succession planning and intentional equipping of your organization’s future leadership is absolutely critical but far from easy. It requires time, planning, and proactive engagement, all things most business owners and leaders are short on due to the immense number of responsibilities all vying for their time. However, as busy as we all are, shaping the future of our companies is non-negotiable. In my experience, there are three things we have to do in order to consistently equip our future successors to shoulder the responsibilities soon to be placed on them.

It seems obvious that we have to actually find our successors but how many of us prioritize this as part of the way we interact and do life with our employees. Business owners and leaders have to make time to interact with their employees not just in the standard “managerial” ways but actually engage them. Ask questions about their families, motivations, and interests. In addition to hungry, humble, and smart, look for their ability to build rapport with others. Watch the way their personality affects those around them. Be on the lookout for those who seem to naturally see how the multiple parts can work better together. Ask yourself if they are coachable and intentionally ask for consistent feedback on ways they can make critical improvements. Identify those who are naturally drawn to helping those around them make improvements.

Motivational Speaker Clint Pulver states that if you change an individual’s perception of their reality you will change their future. It’s been my experience that some of my most capable leaders didn’t even realize it when I first met them. Sure, they were good at whatever trade craft they were focused on at the time but in most cases, they didn’t realize they had what it took to be someone who others wanted to follow. Once you identify some of those traits that make good leaders, it is critical that you verbalize what you see in them. There is no better way to begin to change someone’s perception of their reality than speaking it into existence. As you begin to work with them, tell them why you chose them. Let them know what you see in them that makes them a good leader. State specifically what you see them capable of doing in the future. When you see them use specific behaviors or skills that shows their future leadership prowess point it out and be specific. 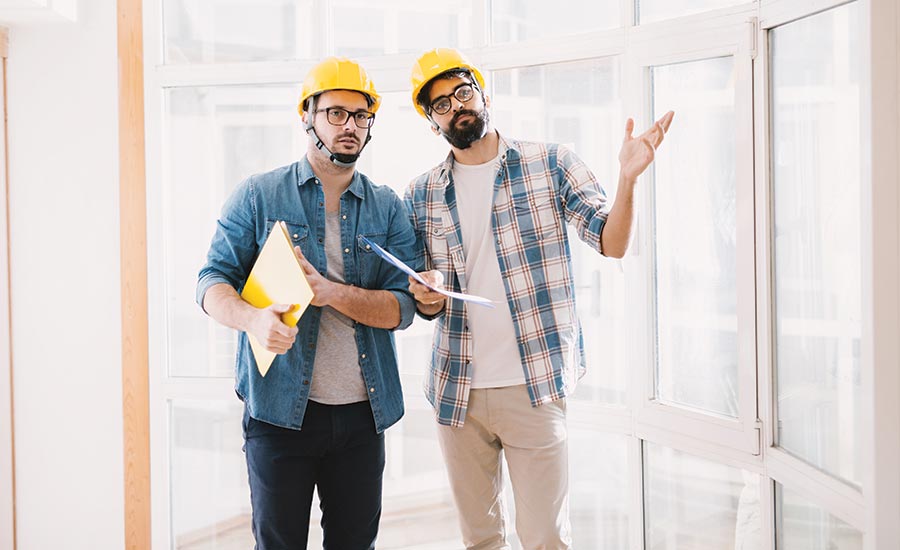 Equip and empower them

This requires intentional time. Schedule one-on-ones with your key players and use this time to work on specific areas that will better equip them for their future role in your organization. Start with enhancing their understanding of how the business works and how an individual can best influence the organization as whole. Teach them how the way they communicate affects the morale and attitudes of those around them. As you make key decisions, give them insight as to what details you considered when making that decision. As their understanding increases, bring them in on more and more decisions so that they can learn from your thought processes and the general way to think about your team when overcoming obstacles and creating solutions for your company’s needs.

As you make the subtle yet powerful shift from being the best on the team to helping to create the best on the team you will find a whole new level of personal satisfaction. The team grows stronger, more self-sufficient, and more agile. They become a more united force driving your business forward into the future and you get the powerful and extremely gratifying experience to know you played a key role in helping someone else realize how big of a superhero they could be.

Brandon Reece is a GM with BELFOR Property Restoration. Outside of his formal role at BELFOR he also provides one-on-one coaching, group training, operational consulting and informative presentations on soft skill development, operational management, strategic development, culture creation and leadership development. In addition to his professional endeavors, Brandon is also a dedicated husband and father trying hard to fall forward instead of short.