After a structure fire, restoration contractors are often on scene within hours to perform emergency services.  This usually begins with boarding up windows and doors and covering holes in the roof cut by the fire department. This is intended to protect properties from further damage as well as prevent unauthorized entry, theft, or spoiling of evidence. However, what many restoration contractors may not realize is that boarding-up a fire damaged structure can create an extremely hazardous environment.

Although the flames have been extinguished, the smoke has cleared, and the fire department removed the yellow tape, the fire scene isn’t as safe as one might think. Toxic volatile organic compounds (VOC’s) created by the vast array of materials and products that, after being burned, are now in a state of off-gassing, saturating the indoor air with poisonous gases and particulates. The combination of the lack of ventilation after a board-up and the toxicity of the combustion byproducts created classifies this environment as immediately dangerous to life and health (IDLH). The National Institute for Occupational Safety and Health (NIOSH) states that a respiratory hazard exists when a toxic contaminant is present in the air at a sufficient concentration to cause harm when inhaled. The damage may occur immediately, or it may take days, weeks, months, or years for effects to surface.

The types and quantities of materials and products that combust, their chemical reactions, heat, time, and other factors, make each post-fire environment unique.  The vast array of toxic chemicals, VOC’s, and particulates are limitless and exposure to them can have immediate and/or long-term health effects.  Fire investigators know all too well the dangers of post-fire environments and many are sickened and die from exposure to fire toxins.

One example of this occurred when a fire chief in California walked through a residential fire to assess the damage. A short time later, as he was returning to the fire station, he became ill and his aide transported him to a local hospital. The hazardous material response team was called to the scene and located several glass containers of a substance later identified as liquid sodium cyanide. The chief was subsequently transported to a medical facility equipped with a hyperbaric chamber for treatment and fully recovered. Physicians and investigators eventually determined that he had inhaled near-lethal doses of sodium cyanide from a jewelry refinishing business that was operated from the home. (1)

Considering that cigarette smoke alone contains over 7,000 chemicals, with 70 identified as cancer-causing, the products and materials that burn in a structure fire produce innumerable toxins. These products may include plastics, fiberglass, fabrics, fire retardants, electronics, pesticides, cleaning solutions, automotive fluids, solvents, chemicals used to manufacture illicit drugs and a host of others.

Currently, the EPA has over 85,000 chemicals registered in its inventory of substances that fall under the Toxic Substances Control Act and approximately 2,000 new chemicals are introduced each year.(2) The Chemical Abstracts Service is the world’s authority on chemical information and it has over 100 million registered chemical substances in its registry.(3)  These chemicals are combined in more than 7 million mixtures formulations that are found in homes and buildings across the U.S.(4) The majority of the chemicals currently in commercial use haven’t been evaluated.(5) 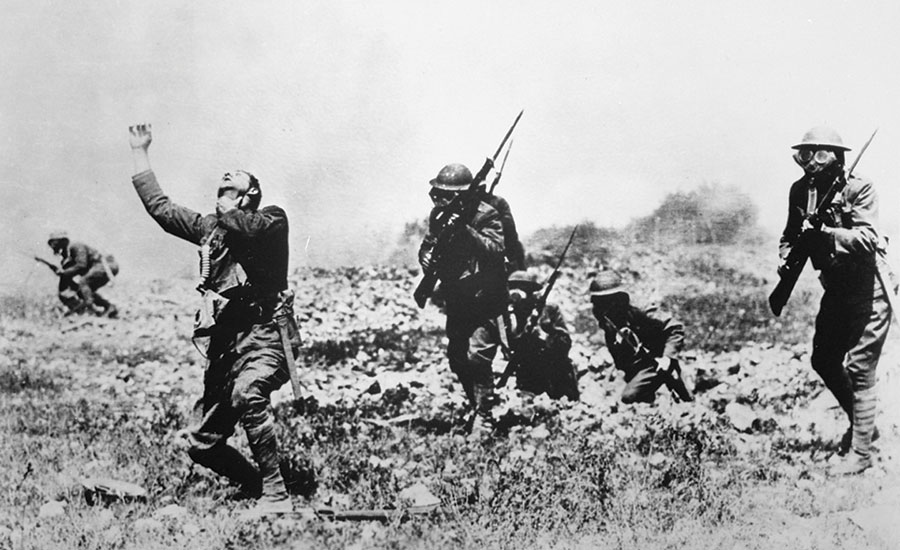 Some of the most toxic chemicals and gases found in smoke include: hydrogen cyanide, phosgene, dioxins, furans, sulfur dioxide, PCB’s, hydrochloric and sulfuric acid, and arsenic. Other toxins may include benzene, lead, chromium, and other metals, toluene, acrolein, mercury, formaldehyde, phenol, styrene, and polycyclic aromatic hydrocarbons.

To give you an idea of how toxic some of these chemicals are, phosgene and hydrogen cyanide were used in World War I as chemical warfare agents, resulting in thousands of casualties. Both hydrogen cyanide and phosgene are commonly found in structure fire smoke.

Dioxins – The Worst of the Worst

Restorers are well aware of hazardous materials such as asbestos, lead, and mold, but few realize how toxic  smoke particulates and soot can be. The dioxin named 2,3,7,8-tetrachlorodibenzo-p-dioxin (TCDD) has been called the most toxic man-made compound on Earth.(6) Scientists say it is exceeded in toxicity only by radioactive waste.(7) Certain dioxin-like polychlorinated biphenyls (PCBs) with similar toxic properties are also included under the term dioxins.(8) A characterization by the National Institute of Standards and Technology of cancer causing potential evaluated dioxin as over 10,000 times more potent than the next highest chemical (diethanol amine), half a million times more than arsenic and a million or more times greater than all others. (9) TCDD has also been extensively studied for health effects linked to its presence as an ingredient in Agent Orange, which was used as a defoliant during the Vietnam War.(10)  Dioxins are formed when products containing carbon and chlorine are burned, such as plastics containing PVC. (11)

Even in picograms (parts per trillion), dioxins are associated with severe health damage that can shorten the lives of people exposed to it, and potentially that of their offspring and future generations. The genetic effects may skip a generation and reappear in subsequent generations. (12) Ingesting dioxin can also result in congenital malformations and a slow wasting syndrome followed by death similar to the AIDS. It is strongly suspected of contributing to pathology of the urinary and hematological systems, growths in the colon, gall bladder complications, multiple myeloma, and lung, larynx and prostate cancer. According to researcher Joe Thornton, “Dioxin’s health effects include endocrine disruption, reproductive impairment, infertility, birth defects, impaired neurological development, damage to the kidneys, and metabolic dysfunction...There is no evidence that there is a safe level of dioxin exposure below which none of these effects will occur.” Dioxin is tied to such a large number of diseases because it intensifies cancers which other toxins begin.

Particle exposure leads to around 20,000 premature deaths in America each year. Inhaled particles that are less than 5 microns travel to the lower lung where the gas exchange occurs in the alveoli. The particle size of soot is approximately 2.5 microns or less and to offer some perspective on the size of these particles, a red blood cell is approximately 7 microns in size.

The smallest ultrafine particles are so minute they behave like gases, passing through the lungs and directly into the bloodstream. Ultrafine particles also travel up through the nose and, rather than passing down into the lungs, they are delivered directly into the brain and central nervous system via the olfactory nerve, bypassing the body’s protective blood/brain barrier. Once in the bloodstream, these particles carry toxins around the body where they promote inflammation, disease, and even death.

The importance of wearing proper protective equipment when working in or around fire debris or a fire damaged structure cannot be understated. Restorers should consider the following safety tips:

For more information, visit www.theredguidetorecovery.com and download the white paper titled “Addressing Toxic Smoke Particulates in Fire Restoration”. Or you can email Sean at: Sean@TheRedGuideToRecovery.com.