This website requires certain cookies to work and uses other cookies to help you have the best experience. By visiting this website, certain cookies have already been set, which you may delete and block. By closing this message or continuing to use our site, you agree to the use of cookies. Visit our updated privacy and cookie policy to learn more.
Home » Blockchain: The Future of Business Innovation or Disaster Waiting to Happen?
Restoration Insurance/Legal IssuesManaging Your Restoration Business

Blockchain: The Future of Business Innovation or Disaster Waiting to Happen?

Every now and then the word “blockchain” appears somewhere in our daily life. It’s is almost always associated with getting fabulously rich, staggeringly poor or in some James Bond style theft of a large sum of money, a person with a Russian sounding last name hiding out in a 2nd world country. The stories we hear usually revolve around cryptocurrencies, like Bitcoin or Ethereum, impulsive behavior or marketing hype. They are far from any positive association with real business activities like improved efficiency, creating long-term value, adding to a more robust operation, or any sober minded business practices.

If, however, one looks beyond the negative associations with the word, “blockchain,” they will find the technology is slowly establishing roots in essential industries and well-established companies. These businesses, along with their related supply chains, are implementing blockchain technology beyond beta-testing, where they are discovering significant positive gains in operational efficiencies, customer service, and data gathering.

So, what is blockchain technology?

Blockchain technology is essentially an electronic ledger that can record transactions between multiple parties in a job-centric, transparent, chronological, secure, and unchangeable way. A blockchain is a growing list of these records, called “blocks,” which are securely linked and time-stamped way. Each block contains data related to a transaction that is recorded across many computers.

A peer-to-peer network manages the blockchain collectively, adhering to an agreed upon protocol and validating of blocks. Each participant within the blockchain can view transactions in a very transparent way. A blockchain creates a backbone for the interaction of data within a network of participants.

It is a decentralized, distributed structure that is used to record transactions, store important data, and track business activity. Although the implications of blockchain technology can be felt across a wide spectrum of industries, its potential impact to the R&R industry is unique and significant.

What does impact can blockchain technology have on the R&R industry?

Blockchain technology has the most potential to shine a light into the dark spaces and black holes of process visibility. The R&R industry has a reputation of having cloudy processes and grey operational areas. The transparent nature of blockchain technology would create an environment of transparency between all participants.  Many of the problems within the industry are based in a lack of transparency and the related mistrust. This condition has its roots in its complex, ununiform, nonstandard, and disassociated nature. The underlying premises supporting cloudy in fuzzy operational claims, a source of disinformation, would finally be open to honest debate.

Why is it likely blockchain technology will become a significant part of the R&R industry?

The complex, disassociated nature, sub-relationships, and independent players within the industry have made technological integration slow to occur. The technology is now at a stage where the cost of implementation is small so the barrier for adaptation is low. The technology is also free of biases. It is generally agnostic to individual participants moral, ethical, and operational preferences. It provides a structure that works absent any human biases.  The only argument against it would be against transparency – which is a weak one.

Finally, blockchain technology offers answers to the biggest problems within the industry – lack of transparency, mistrust, waste, and fraud. These have been the drivers on far less all-inclusive innovations in the past. 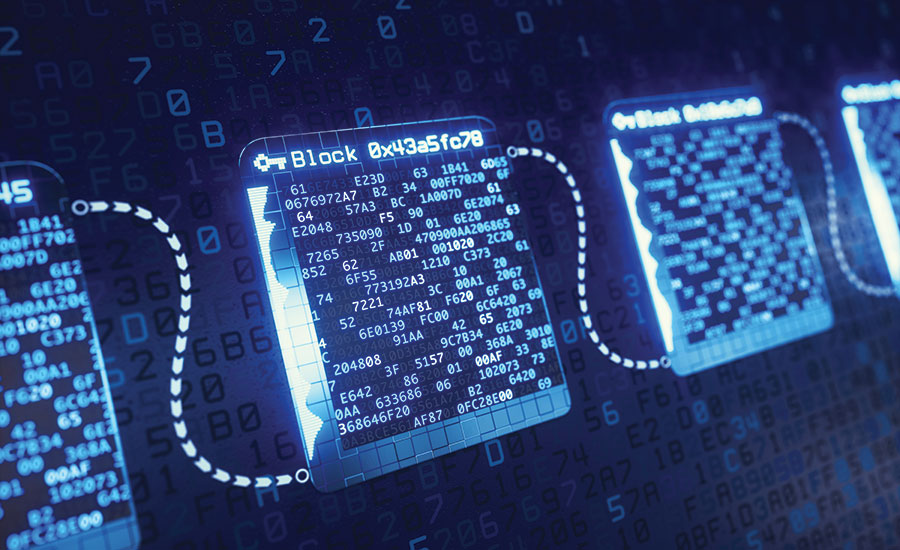 In general, blockchain technology promises to bring together, closer than any technology before it, the physical and digital worlds. It is decentralized and removes the need for gatekeepers and experts as well as the potential for human error. It answered the problem of bottlenecks that occur based on human biases common in complex systems.

When these biases are removed, things become more organic and work in more vibrant ways. Structure is all that is needed for a system to work well. Blockchain technology offers a technological leap in providing this structure. All it will take for blockchain technology implementation to be forced on the industry is one motivated participant to move the technology towards adaptation. This would likely be an insurance carrier or reinsurer.

The scale of the transformation that emerges may be huge in its effect. It will have a life of its own and spread organically among R&R participants with faster and better results than any industry, insurance, management, consulting, or group of experts could ever produce.

Blockchain technology fulfills the needs of the R&R industry, not because it is offers the opportunity for great wealth or reminds you of a James Bond movie, but because it has no owner, no authority, and provides a near perfect transparent, with no grey areas, structure. And it is building a record of accomplishment.

Initial blockchain iterations will go through hiccups including failures of first to market participants, but it will be easily reinvented. The technology is in its infancy and there are a lot of moving parts.

But with movement … interesting things happen.

Patrick Watson is the owner of XactBuilds Contractors & Consultants based in Southern California.  He has worked in the restoration industry for two decades.

Envisioning the Future of Your Restoration Business

The Results Are In: Analysis 1,000 Bad Online Reviews of Restoration Companies & Why They Happen