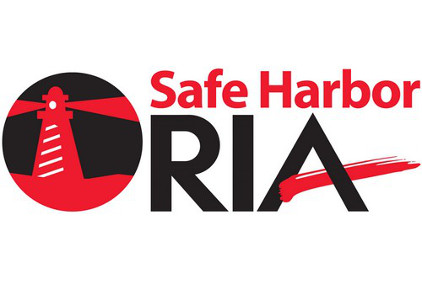 We’ve already covered the details of the settlement thoroughly here at R&R, but, as evidenced by the questions that RIA President Scott Stamper received in the Town Hall, there’s evidence that there’s still a lot of uncertainty as to exactly what the settlement covers. Here’s a look at some of the inquiries from the members that attended the webinar along with Stamper’s answers:

On whether or not the patent impacts the terminology in the IICRC S500:

We did not do this with the IICRC. We talked to them about getting involved with this early on. They felt that it was not something, as a standards body, that was in their direction or in their wheelhouse. As of now, I do not think that this is going to end up in the S500. It is an RIA settlement, which carves out a specialty exemption if you follow certain guidelines. It is not an industry-wide settlement.

In court, RxHeat has established that use of their equipment does not infringe upon ThermaPure patent. DrySmart has its own patent process. Shouldn’t the Safe Harbor be brought in to include the use of equipment and/or processes that have their own patent or have established legally they do not violate ThermaPure’s patent? As presented, the Safe Harbor could almost give one the impression that ThermaPure owns heat drying.

First off, the Safe Harbor Agreement does not state what type of equipment you’re going to use. It could be desiccants, dehumidifiers, any other heating unit. You could use the heater from inside the house. The settlement specifically states the temperature inside a structure as defined by the restorer. As far as other patents, the RIA went into this with ThermaPure first on the offense and then we were able to sit down and create a win-win for both of us. It really doesn’t affect the other pieces of equipment, nor was our intent to carve anything out for any other pieces of equipment.

Dehumidifiers put out heat and heat is used to speed up evaporation. How does this affect traditional drying methods and equipment because they do generate heat?

This was a key factor. Yes, dehumidifiers generate heat. There can be as much as a 20-degree heat increase from the ambient air coming in to the air that releases. The fact is that most of the equipment restorers use – fans and other pieces of equipment – motors are rated to about 105 degrees before they start breaking down. The 105 degrees was a negotiated temperature, but that temperature is also something that most of the equipment manufacturers (set) as the threshold for breaking down their equipment. Dehumidifers, if you follow the terms of the settlement, you can do what you do all day long to dry structures and you can stay within the thresholds.

We know that drying at a temperature of 120 degrees is ideal. I’m not trying to kill bugs, just dry effectively and efficiently. How does that affect the patent?

If you’re an RIA member and you set your structure as the entire house and you exceed 105 degrees on that entire house, you’re outside of our Safe Harbor Agreement. You as a restorer can dry however you want to, but there’s nothing that we did that’s mandating you to do this. We’re offering you the opportunity under a valid patent to dry safely.

My portable furnaces put out almost 200 degrees – does that put me in jeopardy?

Any piece of equipment can generate a lot of heat as it’s discharged in the atmosphere and the ambient air. Monitor your air and make sure the entire treatable area of the structure does not exceed 105. There’s no way we could have settled this if (the heat) was measured right out of a machine.

As an RIA member, I feel we should have fought a lot harder. We aren’t killing pests and ThermaPure isn’t drying structures. We have two very different goals.

I can appreciate that and I’ve heard that in the past. We felt that this was the best direction for RIA. Patent infringement lawsuits, as far as us trying to invalidate it, would be a very expensive proposition. The RIA spent almost three-quarters of $1 million and we did not even get to where we would go to court. The goal was to achieve a result that would protect RIA members from lawsuits. Invalidation was always a possibility, but the goal of the entire process was to hopefully find some common ground and be able to settle this.

On whether it’s mandatory to share drying records with the RIA:

You don’t have to share your records with us. The settlement simply states that if ThermaPure thinks that you are infringing, that they will come to the RIA, state the fact, and the RIA will request and recommend that you submit your documents to the RIA so that we can review and act as a middleman in the process. You don’t have to do any of that. It’s 100% your choice. It’s your company, your legal team. If you’re approached or we approach you with a patent issue, it’s going to be a decision that you make. The only time that we would ever approach you is if we receive a complaint or if there’s been notification from ThermaPure if you’re one of our members and you’re infringing.

Everyone is entitled to their own opinion and can basically operate how they so choose. Everybody can make their own decisions, look at their risks and weigh that.