For RIA members and the industry at large, this argument by the Defendants removes the threat of litigation, licensing demands and potential lawsuits on all of the remaining patents owned by ThermaPure, TPE Associates or Hedman other than the '812 Patent. 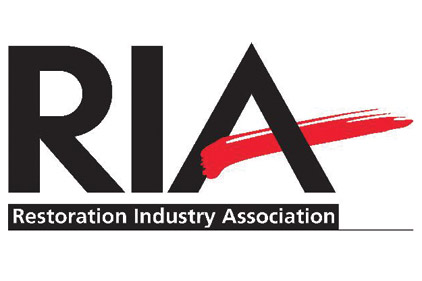 In January 2013, RIA filed suit in U.S. District Court against David Hedman and ThermaPure in an effort to invalidate a family of patents held by ThermaPure, TPE Associates, and Hedman. Many RIA members have been sued by ThermaPure and accused of infringing at least one of the patents, U.S. Patent No. 6,327,812. Additionally, many RIA members have paid to license all the patents, either as a condition of settling litigation or to avoid litigating in the first instance.

According to court documents, "ThermaPure has initiated at least 17 lawsuits asserting infringement of the '812 Patent since 2010, some of which involve Restoration Industry members." RIA leadership reviewed all eight issued patents owned by the three defendants. Additional patent applications owned by the defendants are still pending at the USPTO. Of the eight patents, one involved a process that was determined to not affect the restoration industry. The seven remaining patents were all identified to be interrelated with and expand upon claims from the original '812 Patent. RIA members had received either litigation threats or licensing demands, or both, as to one or more of those seven patents.

In view of the pattern of litigation and licensing demands, RIA's leadership believed there was enough cause to act on behalf of the industry and prevent any future action from ThermaPure, TPE Associates, and Hedman against restoration professionals.

In a recent decision, Judge James V. Selna, U.S. District Court, Central District of California, granted a motion to dismiss brought by ThermaPure, TPE Associates and Hedman as to the seven patents which have only been the subject of license demands to industry professionals, but not litigation. In asking the Court to not rule on the validity of those seven patents, defendants argued that the public records cited by RIA reflected that they had never "accused anyone of infringing any claim" of the seven patents. Defendants further argued that the public records of their activities did not show that they accused any RIA member of engaging in any infringing activity except as to the '812 Patent.

Defendants argued that since they had never sought to enforce those other patents and there is no indication at this time that they have attempted to enforce them, those counts should be dismissed. Judge Selna agreed and dismissed all patents from the case except for the '812 Patent.

For RIA members and the industry at large, this argument by the Defendants removes the threat of litigation, licensing demands and potential lawsuits on all of the remaining patents owned by ThermaPure, TPE Associates or Hedman other than the '812 Patent. The RIA leadership sees this as a major victory for RIA members and the restoration industry at large. Should ThermaPure, TPE Associates or Hedman attempt to take action against the industry for any of the dismissed patents, RIA stands ready to alert the Court that Defendants have renewed their demands as to all the patents and thereby put them all at issue for a declaration of invalidity.

To ensure its members reap the benefits of this decision, RIA continues to monitor for any attempt by these Defendants to demand licenses, threaten to sue or take any other action to enforce any of the dismissed patents.

RIA is also providing to the industry all available documents pertinent to the suit against ThermaPure, TPE Associates, and Hedman. Currently there are 74 court documents and filings totaling 727 pages, 14 international patents that pre-date the 812 Patent, documentation on the related patents, and information on pending applications. Here are the links to the full complement of documents:

RIA will continue to pursue its efforts to secure a judgment of invalidity of the '812 Patent. For more information, visit www.restorationindustry.org.