The Language of Business

Have you ever traveled abroad to a non-English speaking country? If you weren’t familiar with the language spoken there, doubtless you found it a little frustrating trying to accomplish even simple business transactions. You might not have purchased certain items or even seen some parts of the country due to the exasperation you felt trying to communicate. Now imagine living there full-time and the challenges you would face.

There are many who live in this country who confront this issue daily. No matter where you reside in the United States, you’ve no doubt observed the increase of foreign language speaking people in your area. Spanish is, by far, the most spoken non-English language in the U.S. with more than 37 million speakers. But there are also 20 million others who speak different languages. The latest census figures aren’t available yet, but the chart below gives you an idea of the wide variety spoken, and the numbers are only continuing to rise. And just like everyone else, one day they too may need your services.

One option is to learn the foreign tongue that’s most common in your area. This takes time and effort but can be well worth it if you regularly run into potential clients who speak a certain language, because as Nelson Mandela said, “If you talk to a man in a language he understands, that goes to his head. If you talk to him in his language, that goes to his heart.”  But if you’re unable to go that route, then here are some suggestions: 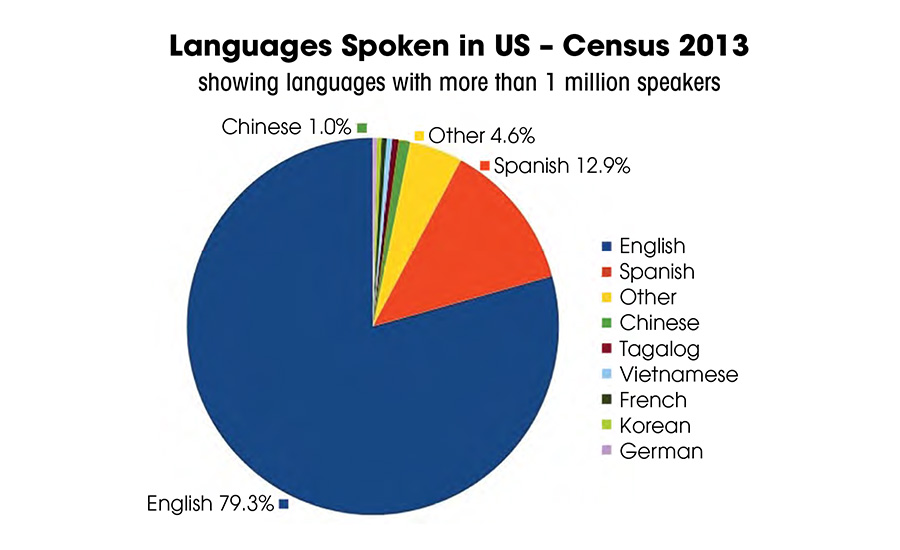 Working with foreign language customers can be a challenge. But if you become known in their community as a contractor that is friendly and helpful and who goes out of their way to communicate with them, it will help to increase your circle of influence and the resulting positive word of mouth can end up opening the door to a lot of future business and good will.

Are you a Mold Spore or Contaminant Carrier?

Mark Gibson has been writing about the disaster restoration industry in various formats for over 13 years, as well as writing and publishing The Lowdown, a newsletter geared toward restoration contractors. He’s also a professional blog writer for many of those contractors, creating articles that help drive customers to their websites.

3 Ways to Get the Most Out of Trade Shows