The West Coast of the United States is a beautiful place full of spectacular and majestic high mountain forests. People travel from all over the globe to hike, relax and take photos of some of the oldest forests in the world including the famous redwood forests in Northern California. Washington State is home of the oldest and tallest spruce tree on earth.

Drought, high winds, and excessive heat are just a few of the reasons wildfires are currently sweeping across the western states of Washington, Oregon, and California.

As of the day I’m writing this in early September, 23 people have died due to the fires, and smoke is lingering over millions of acres. Thousands of people have been evacuated and hundreds of homes destroyed. Currently, 10% of Oregon’s population has been evacuated. More than 3.1 million acres (nearly 5,000 square miles) have burned in California, where smoke particles are coloring the skies red and orange. Oregon and Washington have been hit hard as well with almost 900,000 acres burned in Oregon, compared with 625,503 acres in Washington. All together, these fires are 25 times the size of New York City.

These staggering numbers confirm in a tremendous way the need for qualified restorers to help with cleanup and rebuilding of properties and lives.

These fires are very different from your one-off fires we normally deal with as restorers. Homes affected by wildfires have a wide range of damage. Some are burned into a pile of ash; others have light smoke odor and ash present throughout. In instances of lesser physical damage, structures and contents can often be cleaned in place and don’t require the work of an entire packout.

However, there are some unique challenges when it comes to cleaning after a wildfire. Contaminated outside areas that may have lingering smoke and odor, lack of visual contamination, and use of proper PPE are just some of them. Let’s talk about each of these.

This is something we don’t normally deal with on a structure fire, but is a huge consideration for wildfire cleanup. The outside of the structure can sometimes be even more contaminated than the inside. Sidewalks, exterior walls, roofing, and even landscaping may be the first things you clean so you don’t have re-contamination of the inside of the structure once it is cleaned.

Usually, the most efficient way to do this is by power washing the structure and cement. Landscaping really needs to be removed, especially if it is burnt or charred.

You will also want to check the integrity of the windows to make sure they weren’t compromised and/or stained beyond cleaning.

In some instances, you may also be dealing with fire retardant that is often pink or red in color. This solution is dropped from an airplane over structures to save them from fire that is heading toward them. Fire retardant is made up of ammonium polyphosphate, a very corrosive chemical, along with other performative additives, and water. You may be able to clean it off the structure using a power washer and medium degreaser; however, you may need to replace metal roofing and possibly repaint affected exteriors. 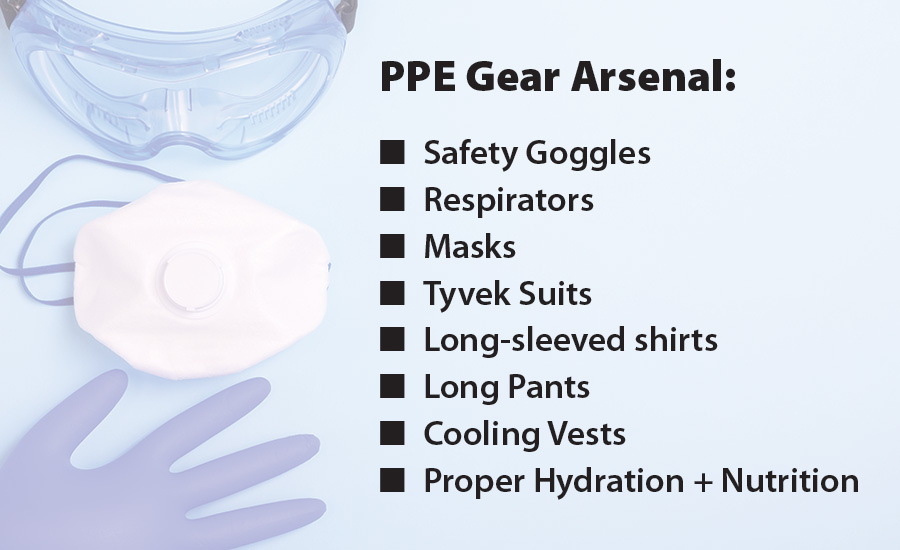 I’ve gone into homes that have windows melted on the exterior and upon visual inspection, no soot or ash present to the naked eye. There is extreme odor but no visible contaminates which usually leads the owner to feel they just need carpets cleaned and a light wipe down of counter tops.

However, once we properly test walls and other surfaces inside the structure with a chem sponge (or dry cleaning sponge), we can clearly see just how much contamination there really is. Educating people that live in affected areas is vital as they may be living in very unhealthy conditions that they cannot see any evidence of until you show them.

Most affected structures will need a thorough inside cleaning of most contents, walls, ceilings, HVAC system, cabinetry, windows, and most likely the attic space. Testing each room is important as there may be some rooms in the structure that are completely unaffected and they may only need deodorization.

It may be necessary to do testing for levels of contamination as well using an experienced hygienist. 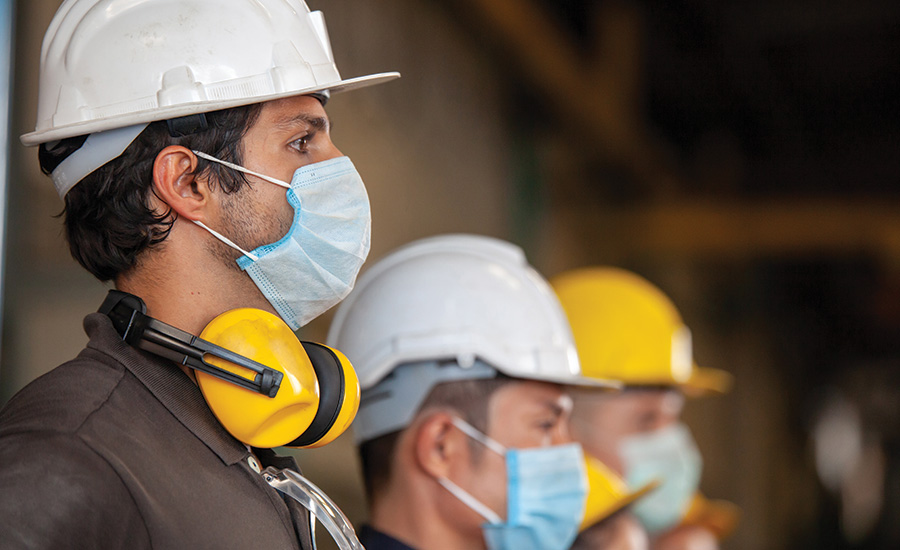 Lack of visual contamination can be a big contributing factor to improper use of PPE in a wildfire. As I am writing this, I am sitting in Eastern Washington and the smoke is so bad outside my window there is a dangerous air quality warning for the next few days. Smoke from a wildfire is no joke and is full of hazardous contaminates. Firefighters wear oxygen masks for a reason.

You or your team may experience burning itchy eyes, scratchy dry throat, fatigue, and even anxiety if proper protocols for PPE aren’t followed. I know we may not be right next to the flames and the extreme heat like firefighters are, but it doesn’t mean we aren’t in hazardous conditions.

Keeping yourself and your team hydrated is so very important. You don’t realize how dry the air is after a fire. Add in long hours going from house to house cleaning, and before you know it you realize you haven’t taken a break let alone had a drink of water for hours. Have set breaks and stick to them no matter how busy you are. At least every hour minimum, my crew is taking a break and drinking water when on a CAT loss like these.

My heart hurts for those who have been and still are evacuated as their homes are in line of the fires. In Washington, there was an entire town burned to the ground not a single structure left. Just gone. It is truly devastating to see.

My hope for you is that you never have to experience this in your community. But if you community does have a wildfire come thru, I hope that you will be trained and equipped to be on the front lines restoring lives and hope for those affected.

Annissa Coy is a well-trained and highly skilled professional with more than two decades of experience in the cleaning and restoration industry and the co-creator of Firehouse Education and Mobile Cleaning Systems. She was also the winner of R&R’s inaugural Recognizing Women in Restoration award in 2017. Be sure to check out Annissa’s weekly videos on www.randrmagonline.com! Have a question for Annissa? E-mail her at Annissa@firehouseeducation.com.