Let’s paint the scene for this case study. Imagine a disgruntled former employee plotting revenge against their former employer. Their decision? Dump three containers of glue throughout a warehouse. But not just little containers of Elmer’s glue; this was 7,500 pounds of glue mixed with a whole lot of water from a sink that was stopped up and ran overnight. Glue covered about 40% of the building, or about 3,000 square feet – including the warehouse and four offices. The layer of glue was more than inch thick. The next morning, a local ServiceMaster got the call for help.

“We get odd calls from time to time – such as skunk odors and deer running into stores and bleeding everywhere,” explained Derrick Rushing, owner of ServiceMaster of Northeast Louisiana. While Rushing admitted their bread and butter is mitigation, they have done all sorts of unique jobs, and were up for the challenge. 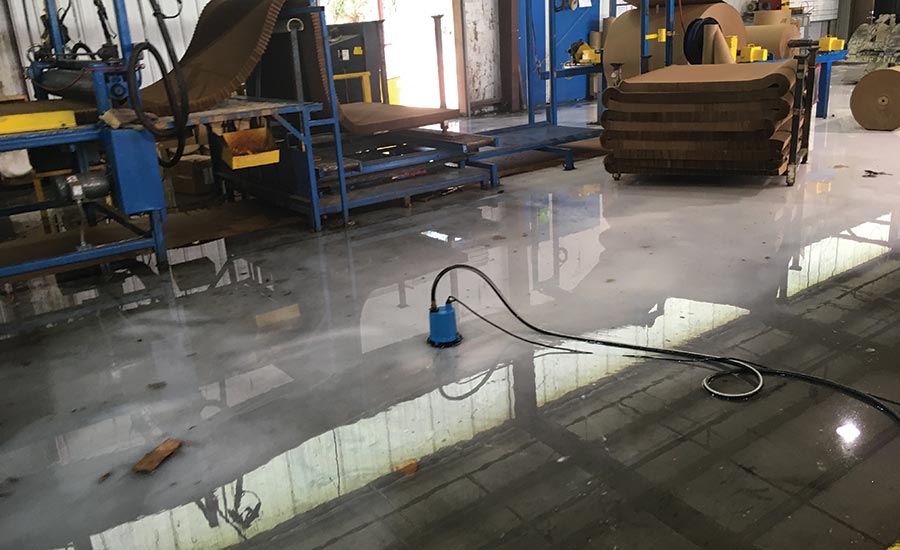 It took Rushing’s team of six employees and four temp workers four days to complete the cleanup, carefully picking off one hurdle after another. Their goal was to get the company operational again within 48 hours, which meant working 36 hours straight in the beginning, then a little less once the doors reopened.

Here’s how it all happened.

Rushing knew using truck mount extractors was out of the question due to the damage the glue would cause. Instead, the team used portable extraction equipment to get rid of as much of the water on top of the glue as possible. Still, the extractors kept getting stopped up.

At this point, the client’s head of maintenance suggested using Borax to harden the glue. Rushing’s team found 4,000 pounds of Borax in a larger city about 90 miles away. Four hours after initially arriving on site, they had the Borax and started putting it on top of the glue. But there were still issues.

“The glue underneath wasn’t drying,” Rushing said. “So, we had to fold the glue over and keep the process going until the clue was able to be cut and hauled to the dumpster.” 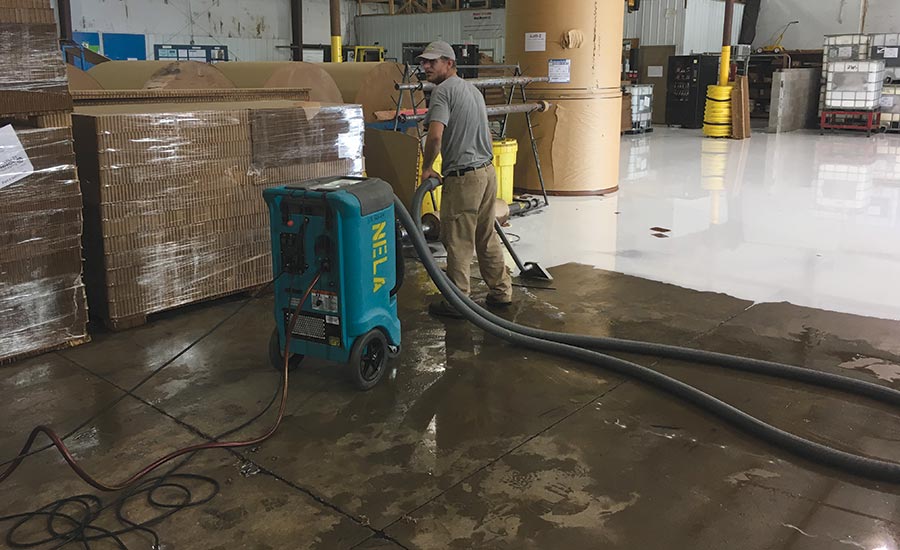 It took about two days to clear the glue out of the warehouse and affected offices. It took another two days to get rid of the sticky film the glue left of everything. This took a lot of fine cleaning and concrete scraping, but the team was successful.

“We are really proud of the fact that we came across something we have never seen or planned on seeing and were able to get the job done in a timely matter,” Rushing commented after the cleanup was complete.

Since the client chose not to file an insurance claim for the cleanup, Rushing’s team was able to get their invoice approved, work authorization signed, job completed, and balance paid in a very timely fashion.

My Five Sons: A Case Study in Family Business & Training

Challenging the Odds: When a Customer Gets Spooked | Case Study Contest WINNER!