This website requires certain cookies to work and uses other cookies to help you have the best experience. By visiting this website, certain cookies have already been set, which you may delete and block. By closing this message or continuing to use our site, you agree to the use of cookies. Visit our updated privacy and cookie policy to learn more.
Home » The Keodalah Claim & What It Could Mean for Restorers
Restoration Insurance/Legal IssuesManaging Your Restoration Business

The Keodalah Claim & What It Could Mean for Restorers

What is the extent of the reach of the Consumer Protection Act (CPA) and the liability exposure of individual professionals? Historically there has been a separation between agents of an organization and the company which holds the contractual relationship with its customer. In contested insurance claims it is common for companies related to the claim to be brought in as witnesses and/or claimants. Keodalah v. Allstate Insurance Co. is a case from 2018 that broadens the parties that could be called into account, at least in Washington State, to individuals involved with the claim.

Working in the property restoration for more than a decade, it is difficult to argue that the line(s) between carrier and service providers can often be blurry. When a restoration company is sent to an insured in need as a preferred vendor, they are a representative of the carrier in the eyes of most homeowners. How often have you arrived at a loss to be greeted by the homeowner, “Oh, you are from [insert carrier name]?” How many times have you had to clarify that you work with said carrier but you are an independent contractor? If this relationship is unclear in the mind of the consumer, it could be a potential area of exposure.

With the rapid rise and prevalence of third-party administrators (TPAs) enforcing carrier requirements, many restoration providers believe the definition of “independent contractor” is even blurrier. When the carrier sets the guidelines of claims responses, standardizes estimating parameters, and reserves the right to interpret the nuances of the claim, it is hard to argue that there is much independence for providers that want to continue to work with the volume being funneled through these systems. Furthermore, in cases where the contractor is being called upon to provide information, documentation, and opinions related to cause, source, extent and/or duration, the contractor may be crossing into the gray areas between duties.

Former adjuster Peter Crosa comments in a past article for R&R, “It is within this scenario that the restoration contractor walks the proverbial ‘tight rope.’ Performing satisfactory work for a property owner to make sure you get paid while providing a scope deemed fair and acceptable to the adjuster and the insurance company hoping that they’ll call you again on future losses.” As such, if the Keodalah ruling gains prominence within the application of the good faith requirements of the CPA, it may not be so far-fetched to see this extending to restoration companies as well as other professionals involved in the claims process.

What is the Consumer Protection Act (CPA)?

The Consumer Protection Act sounds self-explanatory in its purpose of protecting consumers. In the Keodalah ruling, Washington State extended the responsible parties in the processing of an insurance claim. With regard to making a case under the CPA, the Supreme Court ruled in Hangman Ridge Training Stables, Inc., v. Safeco Title Insurance Co. that, “A plaintiff must show:

What is the Keodalah ruling?

Here are the basics of the case, which should be reviewed with the caveat that we only have those details released by the court. Moun Keodalah was struck by a motorcycle at an intersection which ended fatally for the motorcyclist. The motorcyclist was uninsured and Keodalah made an uninsured motorist (UIM) claim with his carrier, Allstate Insurance. “The Seattle Police Department (SPD) investigated the collision. The SPD determined the motorcyclist was traveling between 70 and 74 m.p.h. in a 30 m.p.h. zone. SPD reviewed Keodalah’s cell phone records. They showed that Keodalah was not using his cell phone at the time of the collision.” 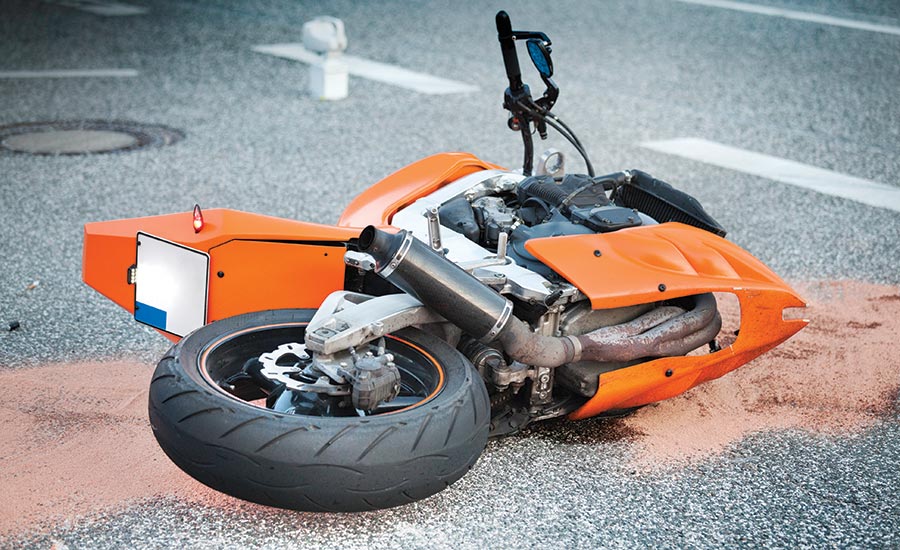 The available UIM coverage was $25,000, and Allstate responded that Keodalah was 70 percent responsible, so its initial offer was $1,600. (As an aside, quick math brings 70 percent of $25,000 to $17,500.) We don’t know how Allstate came to that initial conclusion, but upon rebuff by the insured, the amount was raised to $5,000 without any further explanation. One can begin to see how a jury of peers, each with his or her own perspectives and experiences with insurance, might view this approach as “low-balling.”

Allstate held to its stance that Keodalah was 70 percent at fault even though this claim was contradiction to the SPD determination, witness accounts, phone records review, and a third-party reconstruction investigation (hired by Allstate) from Traffic Collision Analysis, Inc (TCA). Before trial Allstate raised its offer to $15,000, which Keodalah refused, and the case continued to jury trial.

Why is the Keodalah ruling unique?

What is unique about the Keodalah ruling is that the Allstate CR 30(b)(6) representative Tracey Smith was named personally in follow-up suits. These suits called upon Washington Insurance Fair Conduct Act (IFCA) violations, insurance bad faith, and Consumer Protection Act (CPA) violations. From law practitioners that I have spoken to on this case, we have not yet confirmed whether Tracey Smith was the handling adjuster, but court documents seem to point to her acting in that capacity. According to lawyer Keith M. Ligouri, “The decision substantially broadens the scope of the threats available to claimants’ counsel when it comes to bad faith. The holding arguably expands exposure beyond the primary adjuster to any employee involved in the adjustment process.”

Keodalah is unique in that Washington State is now the only state that allows individual company representatives to be sued while operating as agents of that company with regard to insurance claims. Responsibility, under the Consumer Protection Action, to the insured does not require a direct contractual relationship. Keodalah potentially opens a “Pandora’s Box” as argued by an Amicus Curiae Brief of Washington Defense Trial Lawyers (No. 95867-0). This brief notes that two cases have already extended the implications of the Keodalah ruling to lawyers representing insurance carriers. 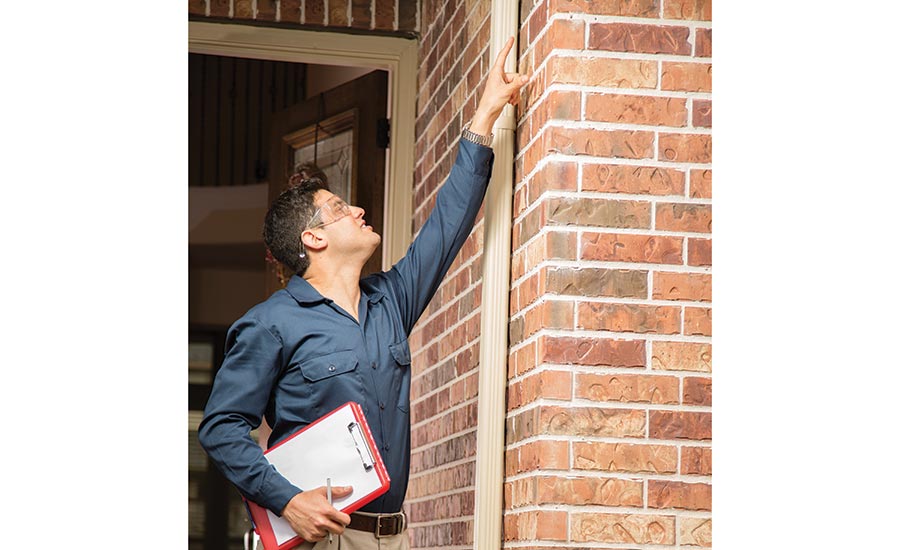 What is the potential fallout?

The Consumer Protection Act prohibits, “Unfair methods of competition and unfair or deceptive acts or practices in the conduct of any trade or commerce.” (RCW 19.86.020) With regard to the information available through Keodalah, it appears either the adjuster was responsible for instigating a lie or was an agent of the company supporting a false narrative. Regardless of where the false information and resulting policy dispute originated from, as an agent of the company, the adjuster, Tracey Smith, was deemed to be culpable.

Insurance adjusters, whether captive or independent, appear to have the most direct exposure in the state of Washington. Review documents note, “The Court of Appeals reversed the superior court and reinstated Plaintiffs’ bad faith and CPA claims against Smith. The court held that RCW 48.01.030 imposes a duty of good faith upon adjusters individually and that the duty is actionable in tort and under the CPA.”  As will be discussed below, interpretation of CPA through the Keodalah ruling has already been extended to carrier counsel.

Questions restorers should be asking:

While insurance fraud is real and has consequences that ripple through organizations as well as end line users in the form of policy rate implications, good faith is also a key ingredient in the claims process. Consumers are expected to act with integrity, as are carriers, their agents, and those associated with the claim. The 2018 ruling by the Supreme Court of Washington State in Keodalah v. Allstate, which is currently under review, should be something all individuals operating within the umbrella of insurance claims are paying attention to. It’s no surprise that a consumer would take legal action against a company in the event of a dispute, but it is historic that the individual agent was named. Keep an eye on this case.

How to Properly Implement Technology to Improve Restoration Workflows

Back to the Future: How Restorers Can Keep It Simple in 2022

Reconsider How You Think About the Workplace

Becoming the Leader Your Team Needs: Inspiring Your People to Pursue Excellence

Jon Isaacson, The Intentional Restorer, is an author and host of The DYOJO Podcast. The goal of The DYOJO is to help growth-minded restoration professionals shorten their DANG learning curve for personal and professional development. You can watch The DYOJO Podcast on YouTube on Thursdays at 9 a.m. PST, or listen on your favorite podcast platform.

Jon recently released, So, You Want To Be A Project Manager? written to help restorers develop the mindset and habits for success with project management. This is the third book in the Be Intentional series. Previous titles address the topics of Insurance Claims Estimating and Workplace Culture.

The Keodalah Claim & What It Could Mean for Restorers

Back to the Future: How Restorers Can Keep It Simple in 2022

Communication with the Carriers is Key to Successful Claim Experience

Restorer's Perspective: The 3 R's of Mastering Xactimate for Beginners