Kowalski Construction faced an extraordinary task in one of our recent restoration projects. Smoke damage from a large fire ravaged one of Arizona’s largest malls. One-third of the shopping center was affected with heavy smoke and water damage from the firefighting efforts. As one of the area’s only construction companies qualified to handle a job of this magnitude, we were asked to perform restoration services, but with a twist. Managers wanted to keep the mall open for business during the restoration process.

Fire suppression efforts, as well as the operation of the sprinkler system, caused major water damage. Water extraction and structure drying were our first orders of business. Blocking off and containing the damaged areas from the unaffected portion of the mall was our second priority. We also kept a sharp focus on protecting individual stores from cross-contamination of any sort.

Once these priorities were managed, our attention shifted to cleanup. This herculean effort inside a massive mall required three 65-foot boom lifts and 20 scissor lifts manned by 50 employees to reach the open-air cathedral ceilings. All of this was completed in just 10 days. The timeframe was compressed in an effort to provide minimum downtime and loss of revenue for individual affected stores, as well as the mall as a whole.

Next, Kowalski focused on reconstruction. Our goal was to deliver everything back to its pre-loss condition, so that shoppers would never know the difference. This large-scale reconstruction process took just 14 days to complete. The logistics of coordinating with various insurance companies, mall ownership, management and personnel, as well as the individual store’s management and building departments, required constant communication to keep everyone informed of the progress, to set expectations and maximize efficiency. 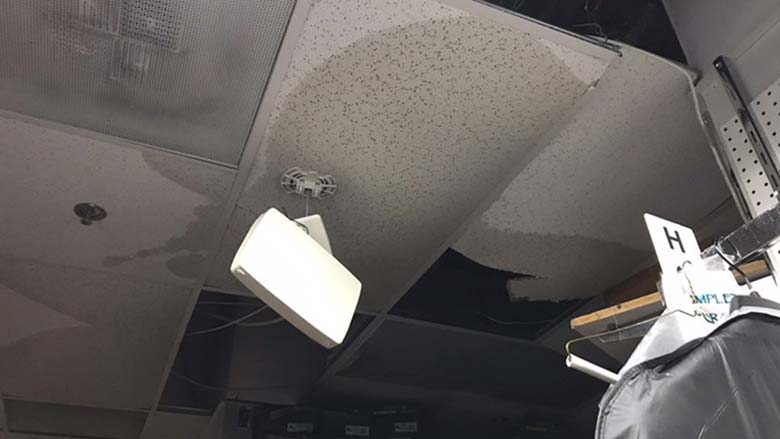 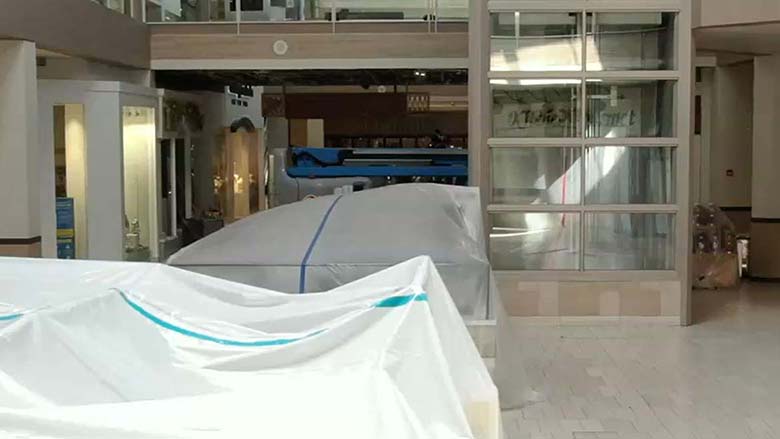 As if that weren’t massive enough, there were many other challenges. A mall may seem spacious when you’re shopping, but when trying to move large, unwieldy pieces of machinery through it, there are many restrictions along the way. Kiosks were generously peppered throughout the common areas, restricting the space our machinery drivers could maneuver through. Add to this the fact that the second floor would not support any equipment more than 5,000 pounds. That meant those 65-foot-high ceilings had to be accessed from the first floor. Additionally, there was only one door large enough to fit such enormous equipment through and that was located on the other end of the mall – the end not affected by the fire, smoke or water, which remained open to customers during the entire process.

Contents processing was another colossal challenge. One store alone had more than one million items to be inventoried, packed and transported to our facility, processed and returned. This was in addition to the substantial amount of contents that were collected from all the other affected stores. 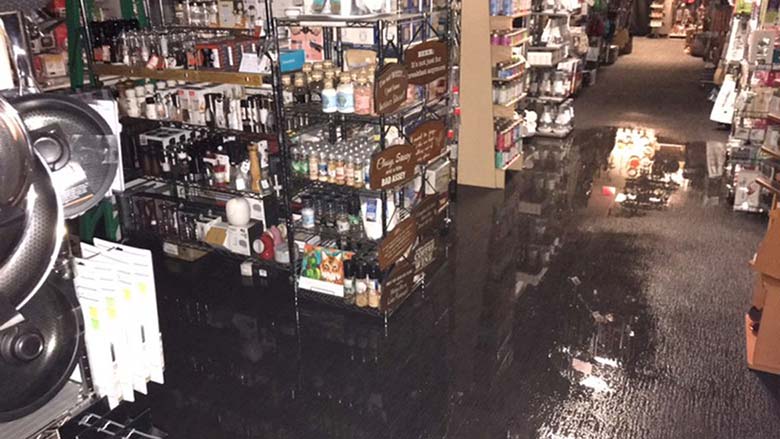 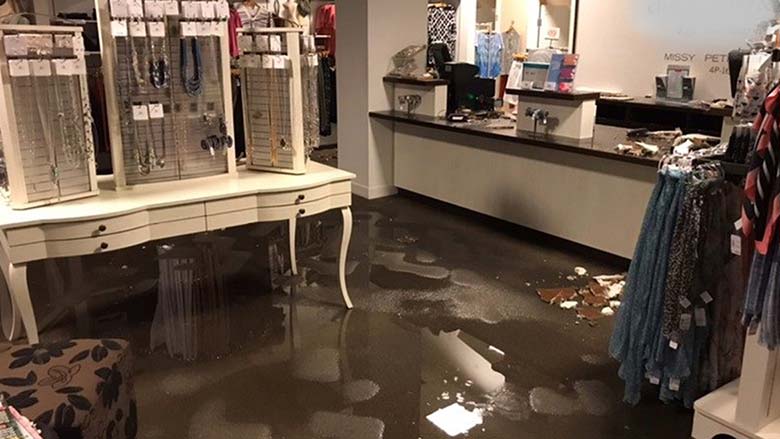 Each store also had its own insurance, in addition to the mall’s insurance. So rather than being one very large job, it was many jobs wrapped into one. This placed quite a load on our team in terms of the amount of communication and keeping very accurate records.

Keeping unaffected mall areas open and accessible to merchants and shoppers, and free from cross-contamination during our restoration efforts, required a high degree of coordination and vigilance. We staffed this project with approximately 100 workers running simultaneously, requiring tremendous coordination and communication in order to finish in such a compressed timeframe.

Reopening the damaged portion of the mall and getting stores back to business in such short order made mall ownership and management extremely happy. It is important to restate that the fire and water affected a third of one of Arizona’s largest malls. Completing this massive project so shoppers could never tell it even happened made merchants particularly thankful.

It was also a job that was very gratifying to us. Finishing such a large project in an extremely compressed timeframe is a testament to Kowalski employees who put so much time and attention into it.

Prior to the fire, the mall was struggling with the effects of COVID-19 and dealing with a loss of shoppers and revenue. This fire created another major setback and heightened the need for us to complete the job quickly, without sacrificing quality. That placed an even greater demand on our staff to ensure our work was beyond reproach.

The mall and its merchants were ecstatic to open their stores immediately after we finished restoration work. As mentioned, the fire came right on the heels of the COVID-19 shutdown. At that time, stores had just reopened, only to experience a fire days later.

Many of the mall merchants and management told us they couldn’t believe so much work was accomplished in such little time. They mentioned it was impossible to tell there had ever been any damage and that many of their stores looked even better than before the fire. In addition, the insurance companies were pleased with our work because their business interruption claims were kept so minor. Cost containment was achieved on almost every front, due to the high degree of coordination, allowing our crews to work very efficiently and effectively.
KEYWORDS: case study commercial loss restoration construction smoke cleanup water extraction