Louis attended Yonkers Public Schools, where he was a star athlete, lettering in both baseball and basketball; his accomplishments on the baseball field earned him a tryout with the his beloved NY Yankees. Additionally, Louis also held the title of City of Yonkers Tennis Champion at age 16. He was an avid golfer and member of Wykagyl CC where in his over 55 years of membership he won many tournaments. Louis served in the US Military. He was a huge Frank Sinatra fan. He had a great voice and enjoyed singing. 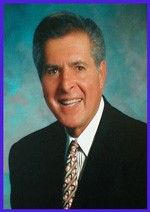 Louis was a pioneer businessman. In 1960, Louis founded the first emergency fire and water damage restoration company in Westchester County. For more than 60 years, Crystal Restoration has been highly regarded as the premier restoration company in the area. Crystal’s office has operated from their Port Chester site for over 45 years. Louis earned a stellar reputation among insurance professionals and was respected and admired by his fellow peers. The company he built has received numerous local and national awards, including: Westchester Small-Business Award and Family-Owned Business Award. His multi-generational family business employees his son, 2 daughters, daughter-in-law and granddaughter.

Louis Cordasco, has made significant and meaningful contributions to the business community and beyond, and despite a lifetime of achievement, Louis Cordasco remained most proud of the love and support he received from his family, which include his wife of 62 years, Marie, their three children, their spouses, his grandchildren and great-grandsons.

Louis has enriched the lives of his family and those he has encountered. He has exhibited a steadfast commitment to life, serving as the quintessential role model for all to follow and as living proof that good will and kindness reap great rewards. Forever in his family’s heart he will be greatly missed.