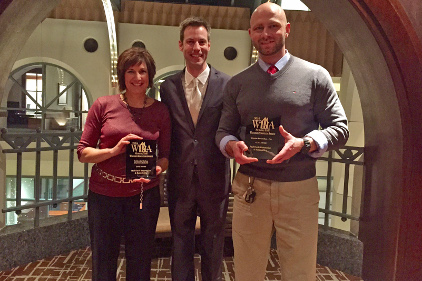 Paul Davis Restoration & Remodeling of Southeast Wisconsin was recently honored by the National Association of the Remodeling Industry (NARI) with two Wisconsin Remodeler Awards (WRA) for projects completed in the Milwaukee area in 2014, according to a press release.  The franchise earned a Gold Award for the restoration and remodel of Jim’s Grille in the Disaster Restoration: Fire category and a Gold Award in the Residential Kitchen: $30,000-$60,000 category.

“To be recognized by the leading organization in the remodeling industry is an honor for our company,” said Dan Druml, Paul Davis Restoration & Remodeling President. “We are again proud of our top-notch employees for the restoration and remodeling work that has resulted in dozens of WRA over the past decade.”

Reviewed by an impartial panel of experts within the industry and allied fields, the Wisconsin Remodeler Awards were judged on problem solving, functionality, aesthetics, craftsmanship, innovation, degree of difficulty and entry presentations.

Members of the Paul Davis Restoration and Remodeling of Southeast Wisconsin project management and marketing teams accepted the awards on Jan. 16, 2015 at the annual Milwaukee/NARI Wisconsin Remodelers and Local Achievement Awards banquet held at the Intercontinental Hotel in Milwaukee.