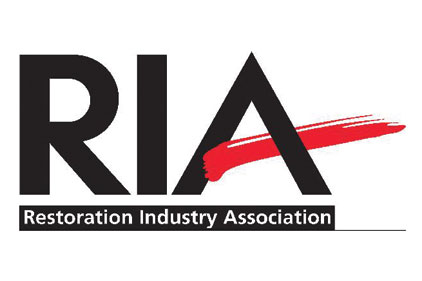 It’s no secret that one of the biggest storylines in the restoration industry over the past several years has been the lawsuits filed by ThermaPure over Patent 812 and the subsequent lawsuit filed against ThermaPure by the RIA to invalidate the patent.

We’ve covered the situation extensively here on R&R, so I’ll defer to “The Restoration Lawyer” Ed Cross’ piece from the 2013 March/April R&R as a refresher on the who, what, where, when, why and how of things. Anyway, by now, you’ve surely heard that the RIA and ThermaPure have settled the lawsuit. Needless to say, it’s generated a bit of buzz in the industry, leaving many professionals with questions. RIA President Scott Stamper offered some clarification in this open letter to the industry and he joined Cliff Zlotnik on an August 15 episode of IAQ Radio to expand and offer further clarification. Here’s a look at some highlights from Stamper’s hour-long conversation with IAQ Radio, which you can listen to in its entirety here:

On the ultimate goal of the lawsuit: The intent was and the goal was to achieve a result that provided some type of protection or clarification for our members. That was our ultimate goal. While going through this, we thought the only way to achieve this was filing suit for invalidation of the patent. But during the entire time, while all this was going on, we always hoped we’d be able to settle this issue with protection. Lawsuits are costly and outcomes with judges are not always guaranteed.

On the cost of the lawsuit: Because the numbers will be public knowledge – we’re still tallying everything. But it’s going to be north of a half million dollars in legal fees. (Stamper said to continue the fight to invalidate the patent would have likely cost between $1 and $1.2 million.)

On how the lawsuit was settled: Up until David Hedman and I sat down and had about a two-and-a-half hour discussion with the mediator, I didn’t think it could ever be settled and neither did anybody on the RIA Board of Directors… We went in and David and I sat down and we were able to hammer this out. What I was told from the other side, which was pretty exciting, is that when we were discussing things something resonated in ThermaPure’s head. And that was removing the fear, the fear that existed with RIA members, and providing some increased professionalism in what we do day-to-day.

On perceptions that the settlement is a “sellout”: This is absolutely a win for RIA. We came out of this agreement with a clear path on a way to develop our recommended practices to operate within this settlement. There is a way for members to operate their businesses with a clear line when they would be infringing upon this patent. This is only for RIA members. This is a settlement for RIA members. The RIA has significantly reduced the fear.

On where the RIA received support during the lawsuit: The RIA received its support from its members. I will be honest, I reached out to several other associations and several other entities to ask for their help. But in the end, they felt, and most people felt, outside the RIA, that this was not their fight. We did not receive the support that we anticipated we would receive from some of the other organizations.

On if the RIA paid ThermaPure anything to reach the settlement: (We paid them) nothing. And that’s been a misconception here. I’ve had e-mails and questions (asking) “How much did you have to pay to get out of this?”

On moving forward: I’ve come to a place in my mind about this settlement and about this company that I don’t necessarily expect everybody to be at right now. If you look at it from a practical standpoint and you look at it from an association’s standpoint, we did what we set out to do. As far as the ‘huggie’ relationship or the ‘honeymoon relationship’ with David and ThermaPure, I’m taking it that this is over. We’re moving forward… We will work closely together. And by working closely, I think we will provide more protection because we have a working relationship. It’s not going to be an adversarial relationship. Adversarial relationships for us at this point in time are not a win-win. I had to put that behind me and move on. I don’t expect everybody to do the same thing at once, but hopefully time and more information will help.