Remediating a large loss during a deep freeze.

This winter of 2019 was viciously cold in the Midwest. Areas like Chicago were in a deep freeze and the center of national news. Other traditionally cold areas such as New England experienced a generally light winter, except for one bitter week in January. It was during this period Soil-Away Cleaning & Restoration (Hooksett, NH) picked up several commercial and residential losses.

One of the larger losses was for a 14,000 square foot commercial office complex. The six-unit, three-story building had sprinkler pipes freeze and burst in the attic. The building was affected from top to bottom.

Landing this large project almost did not happen for Soil-Away. The property manager was an existing client for over five years and called in on a weeknight at 1 a.m. Crew mobilization happened immediately. About 15 minutes later, Soil-Away received a call to cancel service. What had happened? The building was flooded, and the customer needed emergency mitigation!

Not willing to give up, Soil-Away’s operation manager (and on-call rep for the week) called the client back at 6 a.m. to see how things were going. Needless to say, the fire chasing company had not delivered on their promises. The frustrated client kicked them off the property and hired Soil-Away to execute the project. 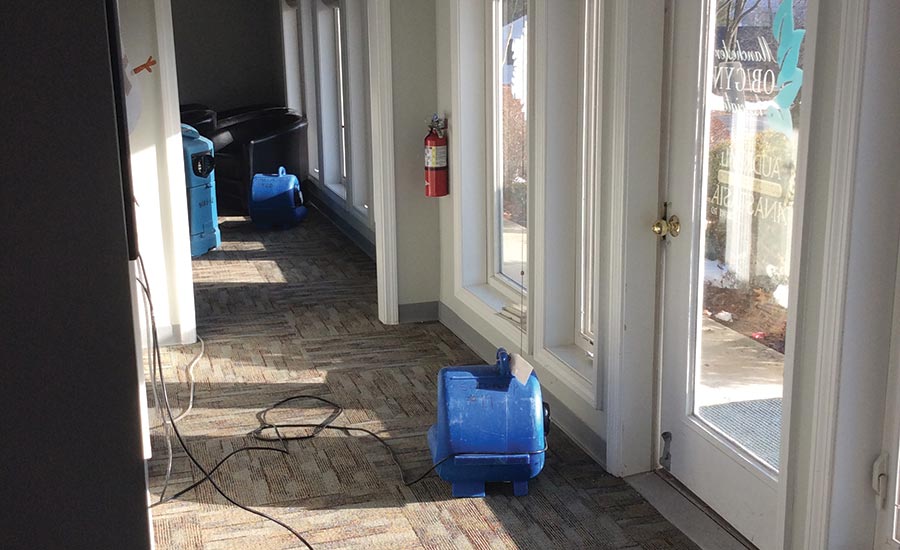 Stabilization and Dry out

Extraction and bulk cleaning were the first priorities. Four extraction trucks worked simultaneously, with crews starting at the top floor navigating their way down each level. During extraction, separate teams went through the units picking up trash and debris such as fallen ceiling tiles. Project manager, Dan Henden, did a great job organizing the stabilization effort.

The next task was moisture mapping and documentation. A large loss adjuster would be on site soon and having a complete mitigation plan in place was essential. Henden went through all six commercial condo units identifying walls and areas that needed controlled demolition and dry-out. The well-planned scope was approved by the insurance company and the controlled demolition began immediately. In the end, about 60% of drywall and insulation in each unit was removed due to saturated walls both on the exterior and interior of the building. The demolition and dry out took about two weeks.

To no one’s surprise, communication was one of the larger challenges in this project. The property manager hired Soil-Away for the mitigation. But there were six-individual condo owners who all operated their separate businesses. One customer quickly become seven. Staying ahead of the communication curve was paramount to the project’s success. Meeting each condo owner early in the process and establishing a rapport was key to the project’s success. Each condo unit had individual needs that were a priority to them. Setting daily goals and communicating progress on a consistent basis allowed the process to be manageable for all parties.

Internal communication was another daunting task. Having several crews scattered in various areas of the same building working for different customers can spiral out of control quickly. Henden was organized and consistent with daily planning and goal setting with his lead technicians. Multiple check ins through out the day allowed him to stay on top of progress. Quality assurance inspections were conducted daily as well to make sure the scope was being followed and quality workmanship and documentation was being upheld. 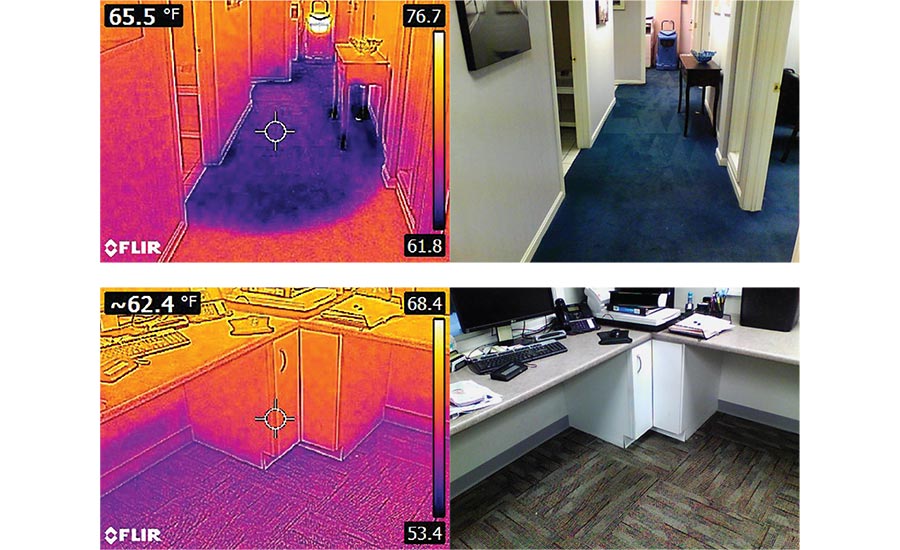 Soil-Away estimators scoped the rebuild for the entire project. The condo association was paid out directly from the insurance company for the repairs. It was decided to allow each condo owner to coordinate their own rebuild. Soil-Away won the bid for two of the condo units and the common areas. The other condo owners elected to either GC the project themselves (to try and save or make money on the claim) or hire other firms who did the original fit-ups for their units. 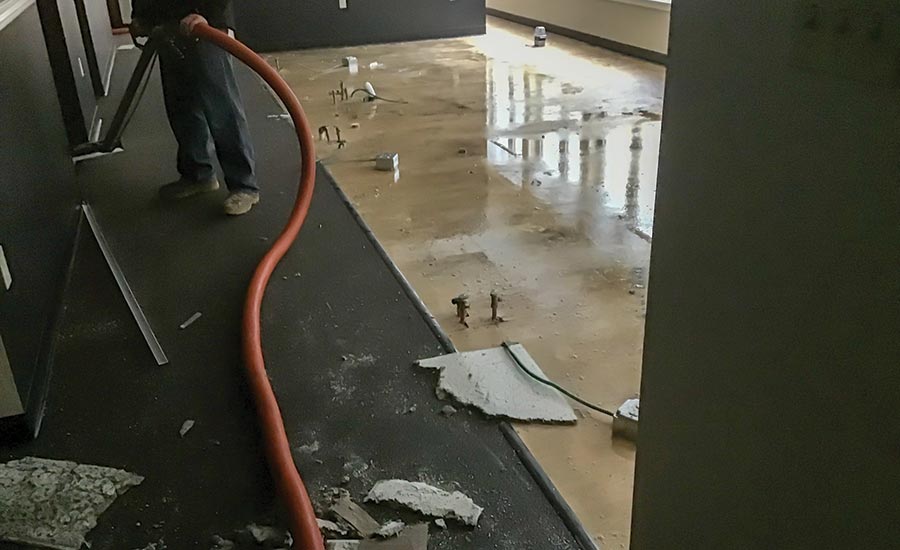 There were several lessons to take away from this loss.

Overall this mitigation and rebuild project went very smoothly for Soil-Away due to solid project management and experience. Both the property management company and condo owners were happy to have a quick response and recovery from such a devastating blow to the building.

Joshua Solloway serves as COO of Soil-Away Cleaning & Restoration and Eastpoint Construction Services of Hooksett, NH. He can be reached at 603-641-6555 or jsolloway@soilaway.com.