Murphy was honored for more than $76 million in total sales volume attained in the franchise network. 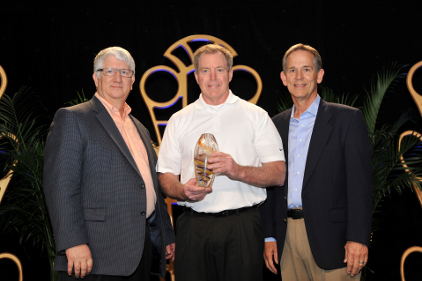 J. Murphy, L.H.D. and co-owner of Paul Davis National, received top honors in total sales at Paul Davis Restoration Inc.’s national convention, which was recently held in the Washington DC area, according to a press release. Murphy was honored for more than $76 million in total sales volume attained in the franchise network.

Murphy and his team established the large loss, catastrophic restoration business in 2005.

According to Murphy, the company’s success is shared with Paul Davis’ franchise organization of more than 300 full-service general contractors and local franchise office owners.