Keeping Control of Your Company

On time and on budget is an absolute in most businesses, but it is especially true in the restoration industry 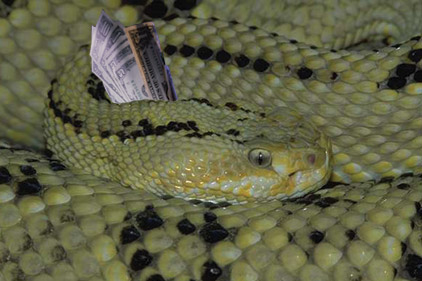 Most business owners have at least two personalities within them. The first one is the “arsonist” who basically sets the fires within the company. The second personality is the “fireman” who rushes in and saves the company by putting out the fires that they themselves set. Some owners try to justify this as “playing devil’s advocate.”
Whatever anyone calls it, it’s certainly counter-productive to the health of any company. A lot of owners have never worked for anyone else and, as a result, they have trouble understanding the many boundaries that are necessary in a successful company. One of the first boundaries is the rules that apply to the employees must also apply to the owner. For example, if an estimate is required on a non-emergency job, before it can start, it must apply to both the owner’s jobs and the employee’s jobs. By living within this boundary, all members of the company know what they need to do in order to insure that the job comes in on time and on budget.
On time and on budget is an absolute in most businesses, but it is especially true in the restoration industry. If this is not adhered to, the restoration company will go out of business. As one TPA (Third Party Administrator) point’s out, “We have three times the amount of contractors that we need.” Unsaid, sort of, is the message that if you do not do what we want, you will be replaced by that TPA with one of their excess companies. You can sit there and whine to yourself, that they will not be able to get as good a contractor as you are and they may be right - but the fact is that you will be replaced on their program with another contractor and you will lose that book of business. On this particular program, some companies are getting millions of dollars of work as a result! Losing an account of size - especially that size - will send shock waves throughout most companies. Maybe you are special and you can replace a large book of business quickly, but most companies cannot and they will suck canal water as a result.
One of the things that I’m suggesting you consider is the issue of controlling your overhead. I have looked at thousands of overheads, many of them in the exact same market. A lot of times they vary by as much as 50%. You cannot control someone else’s overhead, but you sure as heck need to control yours! Your overhead is a lot like a boa constrictor that you have wrapped around your body. Left unchecked, it will eventually strangle you. The same principle applies to your company overhead.
One of the fallacies of reasoning is that one more item will not matter. If you are in a boat already loaded to its capacity, one more passenger will not matter. As you continue to add additional passengers, the boat will go lower and lower into the water. At some point, the boat will sink with all passengers on board. The bad news is that you the owner are the first one to the scene of the disaster!
Controlling your overhead, simply put, means that your company can bring a loss in as it was bid (aka bring it in on time and on budget). Competition is increasing, TPA’s are increasing and jobs are decreasing - all of which spells out why you need to have your costs under control.
There are contractors in the business who do not know their numbers. Those contractors will bid jobs at lower and lower bids. Yes, they are going to go broke, but the problem is that it usually takes three to five years for a contractor to go broke. You will not get another chance at that business until they are out of business. You cannot afford to bid the jobs you are bidding without being darn sure that you can at least bid and produce jobs at a breakeven number. This means that you will pay your overhead and pay all salaries, but have no profit. This means that you will not be able to have money to reinvest and grow your company and you will not be able to give raises or improved benefits to keep your employees from joining your competitors companies.
Here is a really clear example for you to consider doing, if you cannot bring a job in on budget. At a recent meeting, a TPA said that they would not pay overhead and profit (O&P), but that if you did not do their work for them, they would get someone else that would. So the idea being that you would do some of their work without O&P in order to get their other work that did have O&P on that work. If you do as they are asking, what would prevent them from asking you to do the same on all of their work? Oh by the way, shortly thereafter, the people on the program received a letter saying that the fee being charged to get their work in the future is being raised by 33%.
Here is the essence of what I’m saying - you must know your costs, so that you know when to say “yes” to a job and when to say “no” to a job. “Maybe” is not an option.
Wishing you good business and good profits!

Will 2022 Resemble 2021 for Restoration Contractors?

Prepping for Disaster: 20 Questions: Preparing for a Disaster

The Importance of GPS for Your Company Operations

How Can Your Company Score with Insurance Vendor Programs?

Growing Your Company Profit in 2011

Is Your Company Coming in On-Time and On-Budget?

Gobble, Gobble — The Reality of Consolidation in Today’s Restoration World