This website requires certain cookies to work and uses other cookies to help you have the best experience. By visiting this website, certain cookies have already been set, which you may delete and block. By closing this message or continuing to use our site, you agree to the use of cookies. Visit our updated privacy and cookie policy to learn more.
Home » Construction Unemployment Rate Down in June According to ABC
Restoration and Remediation Industry News

Construction Unemployment Rate Down in June According to ABC

The not seasonally adjusted national construction unemployment rate was down 2.6% in June 2021 from a year ago and 45 states had lower unemployment rates over the same period, according to state-by-state analysis of U.S. Bureau of Labor Statistics data released by Associated Builders and Contractors (ABC). Although not back to pre-pandemic levels, both overall employment and construction employment have demonstrated significant improvement during the past year. 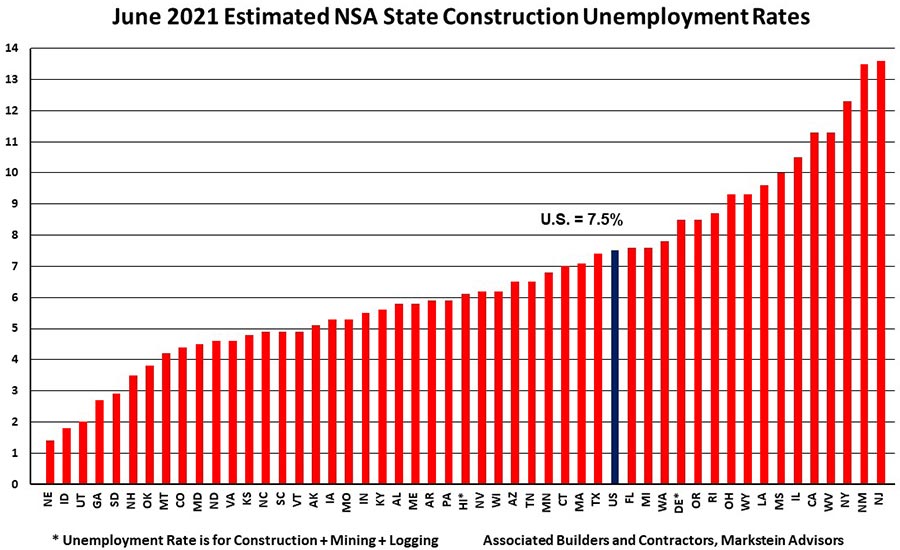 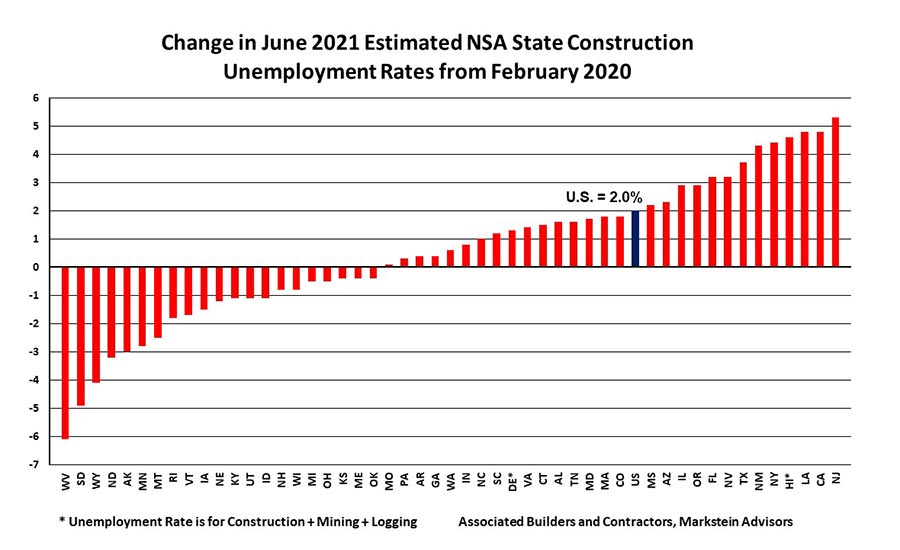 “The widespread availability of COVID-19 vaccines and the economy’s bounce back are boosting the construction industry,” said Bernard M. Markstein, Ph.D., president and chief economist of Markstein Advisors, who conducted the analysis for ABC. “The strength of the economic recovery will be tested in coming months by the delta variant and as the outflow of funds from the American Rescue Plan Act starts to dry up. Congress is working to address the nation’s long-standing need to repair and upgrade its infrastructure, and a qualified workforce will be necessary to get the infrastructure built. Yet a skilled workforce shortage persists. If a commonsense, bipartisan infrastructure bill is enacted into law, the economy, the construction industry and the construction workforce will benefit.”

Because these industry-specific rates are not seasonally adjusted, national and state unemployment rates are best evaluated on a year-over-year basis. However, due to the changing impact from the COVID-19 pandemic and related shifts in public policy, month-to-month comparisons are useful. 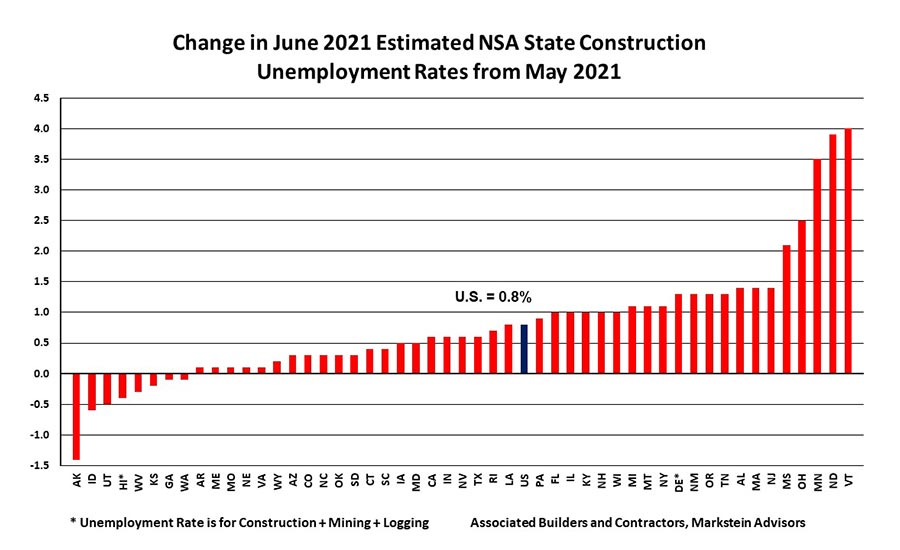 The states with the lowest June 2021 estimated NSA construction unemployment rates in order from lowest to highest were:

The states with the highest June 2021 estimated NSA construction unemployment rates in order from lowest to highest were:

All of these states were in the bottom five in May.

To better understand the basis for calculating unemployment rates and what they measure, see the article Background on State Construction Unemployment Rates.

Unemployment Rate Declines 4.8% in September, Construction Employment Rises 22,000, According to US Bureau of Labor Statistics

State Construction Unemployment Rates Down in 49 States From a Year Ago, Says ABC

Nonresidential Construction Employment Up Slightly in September, According to ABC

Contractor Confidence Falls in July According to ABC