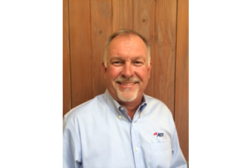 ATI Hires Terry Hunt as VP of Sales and Marketing

ATI recently opened its 15th office in Tampa, Florida, and has plans to open another office in the New York or New Jersey area by the end of 2014
No Comments

American Technologies, Inc. has announced the hiring of Terry Hunt as Vice President of Sales and Marketing, according to a press release.